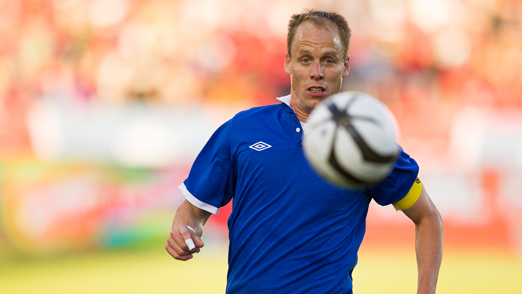 A Canadian 0:0 draw with USA in a Men’s International Friendly match helped celebrate the Canadian Soccer Association’s 100th anniversary. The match, played on 3 June 2012 at BMO Field in Toronto, was the highlight of 10 days of celebration for the Association and its national teams. The match was also Canada’s last test before next week’s CONCACAF 3rd Round opener of the 2014 FIFA World Cup Brazil Qualifiers. Canada opens the new round away on Friday 8 June against Cuba.

This month, Canada actually plays two matches in FIFA World Cup Qualifiers: Cuba away on 8 June in Havana and Honduras at home on 12 June in Toronto. Future matches will be played in September and October. Tickets to Canada’s 2012 home matches are available via ticketmaster.ca or by phone at 1.855.570.7500, with full information available on CanadaSoccer.com. Group discounts are available via marketing@soccercan.ca or 613.237.7678.

Canada is one of 12 CONCACAF teams currently preparing for the 2012 CONCACAF 3rd Round of 2014 FIFA World Cup Brazil Qualifiers. Canada, Cuba, Honduras and Panama make up Group C while USA, Guatemala, Antigua and Barbuda and Jamaica make up Group A. Costa Rica, El Salvador, Guyana and Mexico make up Group B.

While soccer (football) has been played in Canada since 1876, the Dominion of Canada Football Association was inaugurated on 24 May 1912 and became a member of the Fédération Internationale de Football Association on 31 December 1912. To celebrate the Association’s 100th anniversary, Canada wore a special Umbro blue kit (with a red maple leaf) reminiscent of the Canadian blue kit worn in 1925 for the first home Men’s International Friendly against USA.