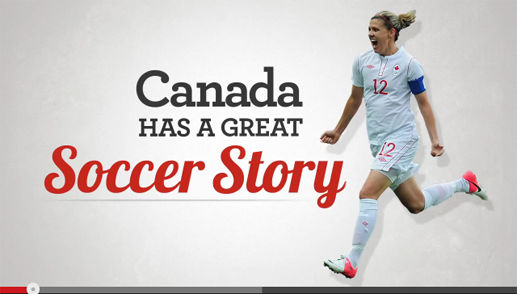 Close to 3,000 respondents answered the call and asked for strong technical leadership by Canada Soccer for the growth of the sport.

In a public outreach initiative that ran from 17 March to 15 June, the Canadian Soccer Association had asked the soccer community to share their thoughts on how to best support The Beautiful Game in our country by filling out an online survey.

Close to 3,000 respondents answered the call and provided their feedback. From the information gathered, it is clear that Canadian soccer fans see the Canadian Soccer Association’s main role as providing strong technical leadership in the growth of the sport in the country. Most of the respondents highlighted player development, coach development and performance of the National Teams as the three most important priorities (marks of 4.35+/5).

The campaign, introduced by a video highlighting the rich soccer story Canada has, was promoted through canadasoccer.com, eNewsletters, targeted emails to our Provincial partners, provincial technical directors, districts and clubs, in-stadium announcements at National Teams matches, and various television and radio interviews.

The new Canadian Soccer Association Strategic Plan 2014-2018, resulting from this consultation process, is scheduled to be presented to the membership in the closing months of 2013.

As part of the outreach, participants could enter a draw to win an official Christine Sinclair or Atiba Hutchinson Canada Soccer jersey. Grace Rush and Tracey Lynn Rusnak were the lucky randomly selected winners.