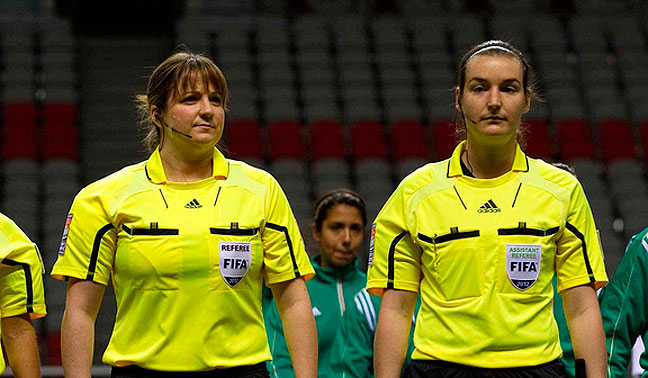 Chénard, Charbonneau and Morisset to officiate at the 2013 Algarve Cup.

Canada’s Carol Anne Chénard, Marie-Josée Charbonneau and Suzanne Morisset have been appointed to officiate at the 2013 Algarve Cup, 6-13 March in Portugal. Chénard’s Algarve Cup appointment marks her third appearance (2008, 2011, 2013), while Charbonneau makes her second consecutive trip and Morisset her first.

All three crew members are coming off impressive 2012 seasons, with Chénard and Charbonneau appointed to the 2012 London Olympic Games and Morisset appointed to the FIFA U-17 Women’s World Cup Azerbaijan 2012.

The Algarve Women’s Cup will take place in six host cities throughout Portugal. Similar to the Cyprus Women’s Cup, 12 teams will play four matches over the course of the tournament. The women’s tournament features 2012 Olympic Champion United States and runners up Japan.