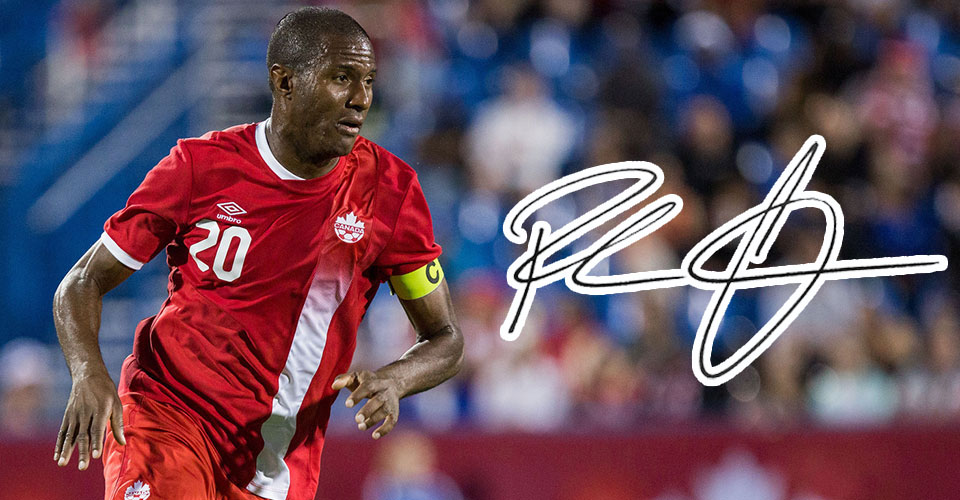 Canadian champion Patrice Bernier has taken his curtain call. The classy Montréal midfielder played in his last professional soccer match at the close of the 2017 MLS season in front of his fans, friends, and family at Stade Saputo.

Bernier was a two-time Canadian Championship winner with Impact Montréal FC, leading his hometown club to back-to-back titles in 2013 and 2014. ‎He then helped IMFC reach the CONCACAF Champions League Grand Final on a memorable run that peaked with 61,004 fans at Stade Olympique for the 2014-15 finale.

“My dream from a young age was simply to play for Canada Soccer’s National Team,” said Bernier who wore the captain’s armband in 2017. “The armband is something that you can never say you will have (as) you never you if you will get it and there were many good players in my generation. I would like to finish my time in the National Team jersey with good memories and to do it with the captain’s armband, you couldn’t ask for anything better.”

Bernier played his professional football in Canada, Norway, Denmark, and Germany, the last six of which were played in Montréal. Outside of two stints with the Impact, he played in Europe for Moss FK, Tromsö IL, 1. FC Kaiserslautern, FC Nordsjælland, and Lyngby BK. In Denmark, he won two Danish Cups with FC Nordsjælland. With the Impact, he won the Giueseppe Saputo Trophy in 2012 as team MVP. He was a seven-time Québec professional player of the year (2005, 2007, 2011, 2012, 2013, 2014, 2016).

He also played in Canada’s national youth system starting at age 15, representing Canada in CONCACAF tournaments at the U-17, U-20 and U-23 levels as well as the FIFA U-17 World Cup Ecuador 1995. With Québec’s provincial all-star teams, he won the 1996 Canada Soccer U-17 All-Star Showcase (Fred Jopson Trophy) and 1997 Canada Games Men’s Soccer Tournament. At the club level, he played his youth soccer for AS Brossard and FC Sélect Rive-Sud.