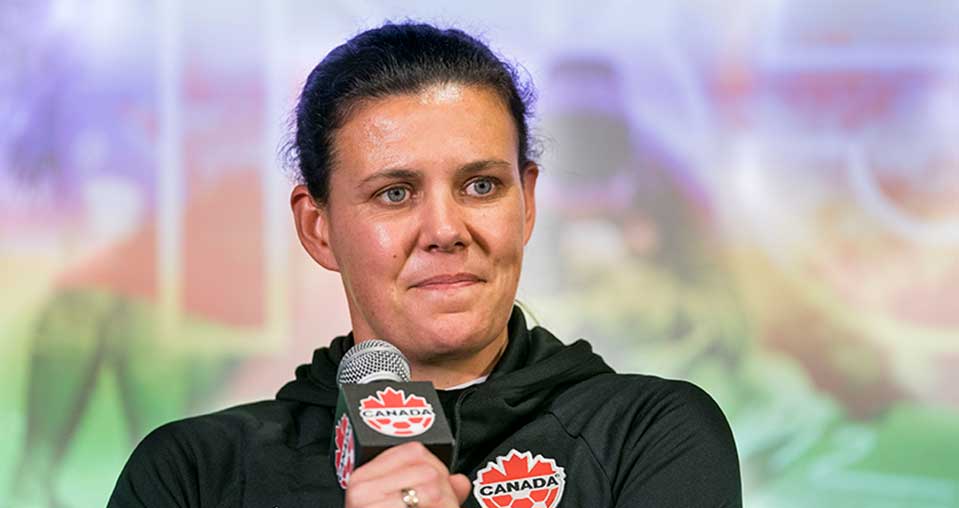 Sinclair has scored more than 300 goals across her international and club career, including Canada Soccer’s Women’s National Team, National Championships, the W-League, Women’s Professional Soccer (WPS), and the National Women’s Soccer League. Including a hat trick on 30 September and the 1:1 equaliser on 3 October, she has scored 58 goals across all NWSL competitions, tied for second most in league history.

Sinclair has been captain of Portland Thorns FC since 2013, the NWSL’s inaugural season after the league was created through a joint effort from Canada Soccer, the Mexican Football Federation and US Soccer. The new league was an important legacy to the FIFA Women’s World Cup Canada 2015, created to provide more professional opportunities for Canadian players than ever before. Across the first eight seasons of the league, already 40 different Canadians having featured across the league’s first eight seasons.

Breaking down Sinclair’s goalscoring records in the NWSL, she has scored 49 regular-season goals, three goals in the playoffs, and six goals across four matches in the 2020 NWSL Fall Series. Along the way, she has led the Thorns to the NWSL Championship in 2013 and 2017, the NWSL Shield in 2016, and now the NWSL Fall Series in 2020.

Before the NWSL, Sinclair scored 11 goals for the Western New York Flash in the WPS, 16 goals for FC Gold Pride also in the WPS, 23 goals for the Vancouver Breakers/Whitecaps in the USL W-League, and also three goals with Vancouver UBC Alumni in Canada Soccer’s National Championships Jubilee Trophy finals. Those totals with Vancouver UBC Alumni do not include two seasons in the Metro Women’s Soccer League and the BC Cup competitions.

Her best season was 2012 when she set the national record with 23 goals in 22 international “A” matches with Canada Soccer’s Women’s National Team, including a tournament-best six goals at the London 2012 Women’s Olympic Football Tournament. That was the year she won the Lou Marsh Trophy and Bobbie Rosenfeld Award as the nation’s best athlete after captaining Canada to their first of back-to-back Olympic medals at the London 2012 and Rio 2016 Olympic Games.

Not counted in her list of more than 300 goals at the adult level are the five goals she scored with Canada’s U-21 team at the 2001 Nordic Cup and the 22 goals she scored with Canada’s U-19 team in 2002, including 10 of which were scored at the FIFA U-19 Women’s World Championship Canada 2002. She also scored 110 goals at the University of Portland as well as countless goals in various youth and high school competitions, including 11 goals in four games with Cliff Avenue at the U-17 Cup.