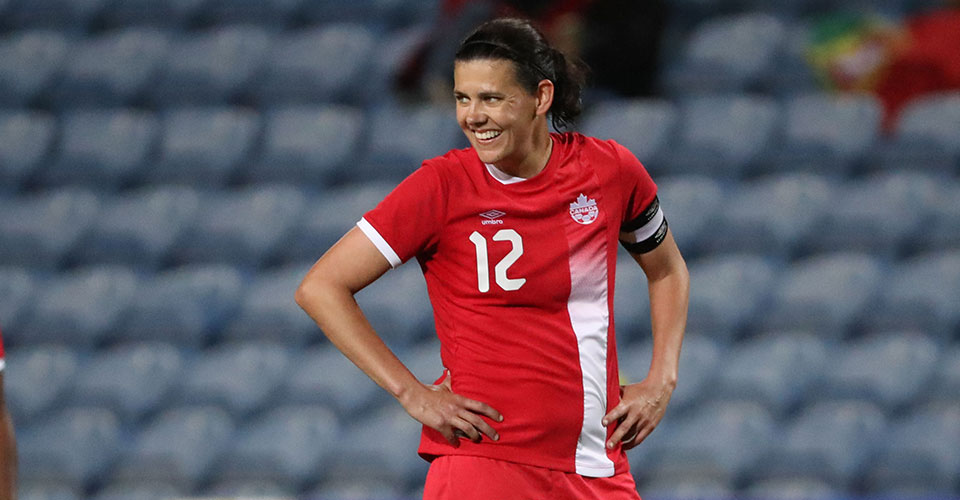 Christine Sinclair named Best of BC

Christine Sinclair has been named “Best of BC” at British Columbia’s 51st annual Sport BC awards. Sinclair won the award after an oustanding season with Canada Soccer’s Women’s National Team as well as Portland Thorns FC.

The Sport BC Athlete of the Year awards were held on 8 March 2017. Sinclair was unable to attend while away on international duty, helping Canada finish second at the 2017 Algarve Cup.

In 2016, Sinclair led Canada to another podium finish at the Women’s Olympic Football Tournament. She was again a nominee for FIFA World Player of the Year honours and collected her 13th Canadian Player of the Year award. In leading Canada to a program-best 16 international wins on the calendar year, Sinclair helped Canada climb to fourth on the FIFA Women’s World Rankings.

Along the way, she became the second highest goalscorer in women’s international football. She also won her seventh CONCACAF medal (one gold, five silver, one bronze) after Canada finished second at the CONCACAF Women’s Olympic Qualifying Tournament.

At the club level, Sinclair led Portland Thorns FC to an NWSL Shield. In the National Women’s Soccer League, she scored seven goals in 12 appearances with Portland Thorns FC and was named the NWSL Player of the Olympic Games. Down the stretch, she scored four goals in the last five games to help Portland clinch that regular-season title.

Watch Christine Sinclair in 2017
Canada Soccer’s Women’s National Team will return home to play Costa Rica in Winnipeg on 8 June and in Toronto on 11 June. The matches will mark the first meetings between the two nations since Canada defeated Costa Rica in February 2016 at the CONCACAF Olympic Qualifying Tournament, securing Canada a spot at the 2016 Rio Olympic Games.

Individual Tickets On Sale
Individual tickets to the Canada v Costa Rica matches will go on sale 8 March 2017 via Ticketmaster.ca and by phone at 1.855.985.5000 (Buy Winnipeg | Buy Toronto). Fans will be able to take advantage of a special ‘Me+3’ offer in select sections for both matches, by purchasing three tickets in the eligible price category, fans will receive the fourth free. Groups of 10 or more are eligible to receive up to 30% off regularly priced tickets. Canadian Supporters have been allocated a number of dedicated sections at both matches, fans wishing to sit in the Canadian supporter sections are encouraged to visit the Voyageurs website for more information and to purchase tickets through thevoyageurs.org. For complete ticket information and to place group ticket requests, visit the event information pages (Winnipeg | Toronto).