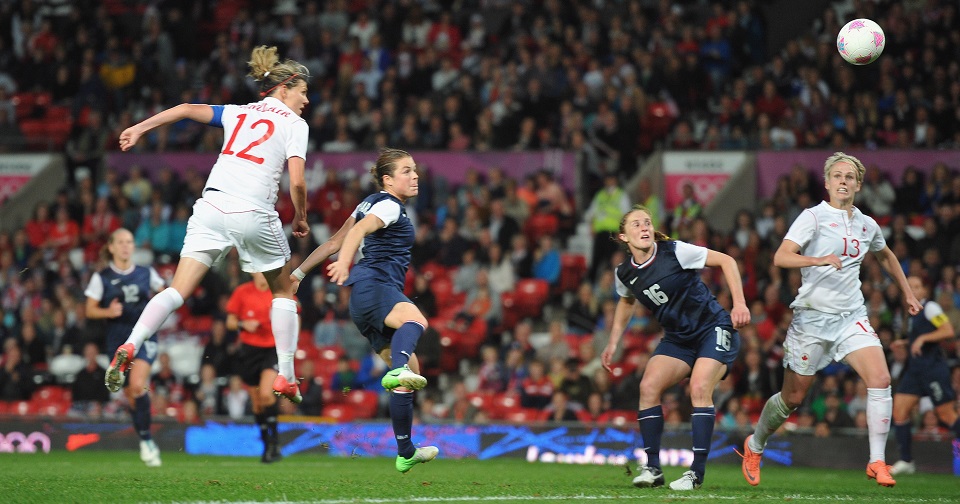 Christine Sinclair has been named the Canada Soccer Player of the Decade after an unparalleled 10 years of world-class performances in which she continued to build a legacy as of one of Canada’s greatest athletes of all time. A Concacaf champion in 2010 and back-to-back Olympic medal winner from London 2012 and Rio 2016, she was the 2012 Lou Marsh Trophy and Bobbie Rosenfeld Award winner, the 2011 WPS Championship MVP, and seven-time Canada Soccer Canadian Player of the Year.

“Christine Sinclair is a once-in-a-generation athlete that has been at the heart of Canadian sport for over 20 years, but what she accomplished in the past 10 years has changed the sport forever in our country,” said Steven Reed, Canada Soccer President. “Christine is the Canada Soccer Player of the Decade and unquestionably one of the greatest and most-loved athletes Canada has ever watched.”

Sinclair has been at the heart of a seismic shift for the sport of soccer in Canada across the past 10 years, inspiring the next generation with her every touch of the ball. From captaining the first Canadian team sport to win a medal in a Summer Olympic Games in 76 years at London 2012 to scoring Canada’s opening goal at the record-breaking FIFA Women’s World Cup Canada 2015, she continues to grab the attention and headlines of a nation.

When she scored a hat trick in the incredible Canada-USA London 2012 Olympic semi-finals, a record average audience of 2.4 million viewers watched the moment on TSN. The country stopped, held its breath and cheered three days later when Canada won Olympic bronze. They did so again four years later at Rio 2016 when she scored the winning goal for another bronze medal after defeating host nation Brazil, thus captaining the first Canadian team in more than 100 years to win medals in back-to-back Summer Olympic Games.

Beyond sport, she was the first soccer player appointed as an Officer of the Order of Canada and the first to have her name engraved on Canada’s Walk of Fame. She received the Queen’s Diamond Jubilee Medal in 2012, earned honourary degrees from Simon Fraser University in 2013 and Kwantlen Polytechnic University in 2015, and was honoured by Women Against Multiple Sclerosis for her outstanding charity work. She was also one of four founding members of iS4 alongside teammates Karina LeBlanc, Diana Matheson and Rhian Wilkinson, a group dedicated to empowering others through workshops, speaking engagements, team building, and soccer camps.

Her best soccer season to date was 2012 when she smashed the national scoring record with 23 international goals in 22 games, including a world-best six at the Olympic Games. She was also superb in 2010 when she recorded 13 goals and a national record nine assists, notably scoring the game winner that secured Canada’s second-ever Concacaf Women’s Championship. She also scored in all four matches that qualified Canada for either a FIFA Women’s World Cup or Olympic Games, including the game winners in 2016 and 2018.

At the club level, she won three regular-season titles and four playoff titles. In Women’s Professional Soccer, she won the double in both 2010 with FC Gold Pride and 2011 with the Western New York Flash. In the newly-established National Women’s Soccer League, one of Canada Soccer’s legacies of the FIFA Women’s World Cup, she helped Portland Thorns FC win the NWSL Shield in 2016 and the NWSL Championship in 2013 and 2017.

Since 2000, Sinclair is Canada Soccer’s all-time record holder in goals scored (183) and international appearances (289), including 10 goals in 21 matches at five FIFA Women’s World Cups and 11 goals in 15 matches at three Olympic Football Tournaments. She is a 14-time Canadian Player of the Year and 16-time Canada goalscoring leader. On 29 January 2020, she plans to continue those goalscoring exploits as Canada vies for a spot at the Tokyo 2020 Olympic Games through the Concacaf Women’s Olympic Qualifying Tournament.