David Edgar at home in Vancouver

“It doesn’t get bigger than this.”

David Edgar is one of the newest members of Major League Soccer side Vancouver Whitecaps FC. He’s a name familiar with Canadian soccer fans, having made 37 international appearances for Canada Soccer’s Men’s National Team. His soccer story, however, starts back in 1989 at the tender age of two.

“I had a football at my feet for as long as I remember, my parents were both from Newcastle and we watched Newcastle United FC games every Saturday,” said Edgar. “It was just sort of bred into me and that’s where the love of the game started.“

A few years later, Edgar gave up hockey and opted to concentrate on soccer. He moved to England to start his journey at Newcastle United. He was soon instilled with what it was going to take to become a professional footballer.

“These kids would kick you, or do whatever to get ahead. There was nothing else that mattered in the world but playing for Newcastle. In Europe, it’s just soccer, so I had to learn that quickly.“

During his time with the Newcastle United youth program, the 29-year-old from Kitchener, Ontario was able to garner his first experience with Canada.

“It was a proud moment, playing for a Canadian youth team in Germany and I still have the same pride as I do now… it means the world to me to play for Canada.“

After seven years as a Newcastle player with both the youth and first team, including 19 appearances in the English Premier League, Edgar made the jump to Burnley FC, before stops with Swansea City, Birmingham City, Huddersfield Town and Sheffield United. He then crossed back over the Atlantic Ocean to sign for MLS side Vancouver Whitecaps FC in July 2016.

“The games that Canada played in Vancouver (in November 2015 and March 2016) really drew me here. The fans were amazing, it’s a beautiful place, and the (Whitecaps) manager really showed me their philosophy. That really made it too good to turn down.”

Edgar is certainly making the local news in Vancouver after signing an 18-month contract with Whitecaps FC, but Edgar is definitely keeping an eye on the 2018 FIFA World Cup Russia™ Qualifiers in September, so signing in Vancouver will definitely help his game.

“If I, along with Marcel (de Jong), can help build a fan base at Whitecaps games to then help build the excitement here for the Canada match, that would be amazing. Personally, I want to be fit (so) playing in those games for the Whitecaps will help me be ready to go for Canada.”

“(The 2012 match is) erased from our memories, 100 percent. This is a different group of players, experienced players, with a good mix of younger players who come in with that naivety, that don’t care about that, so that definitely helps”.

Following the trip to Honduras, the Canadians will once again return to Vancouver and BC Place for their final group stage match against El Salvador, which may determine second place in the group between Canada, El Salvador, and Honduras. A loud and boisterous crowd is expected once again in Vancouver and those crowds are one of the reasons why Edgar signed on the west coast.

Ultimately though, confidence will propel Canada to the Hex – the final stage of Qualifiers in the CONCACAF region – and Edgar feels the Canadians have that at the moment.

“We deservedly beat them (Honduras) in Vancouver and we are going there with confidence.”

One thing is certain: with an MLS playoff spot on the line and CONCACAF Champions League play with Whitecaps FC, plus two FIFA World Cup™ Qualifiers with Canada, David Edgar will have plenty of soccer on his plate in the coming months.

“I’m excited to try and move the Whitecaps forward and for Canada…. we know what we want to do and we will be in top form because it doesn’t get bigger than this.” 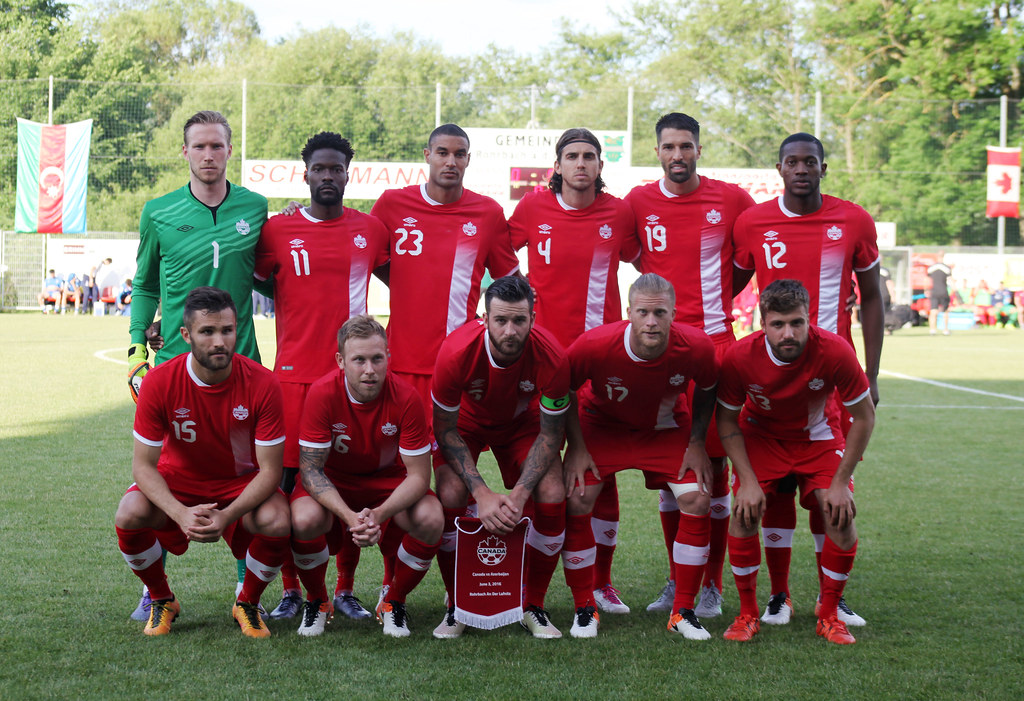