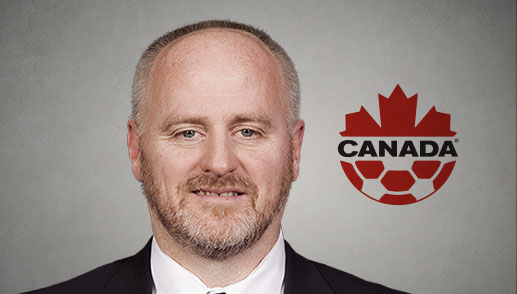 Canada Soccer is pleased to announce that Earl Cochrane, former Director of Team and Player Operations for Toronto FC, will be joining its operations team as Acting Deputy General Secretary, effective 1 January 2014.

As Acting Deputy General Secretary, Cochrane will oversee the soccer administration of Canada Soccer, including sport governance, discipline and appeals, player registration and transfers and national competitions. He will also be responsible for member relations with Canada Soccer’s Provincial/Territorial Associations, professional leagues and clubs and other national sport and multi-sport organizations.

“We are pleased to welcome Earl Cochrane back to our Canada Soccer team,” said Peter Montopoli, Canada Soccer General Secretary. “Earl is an organized and versatile sports professional whose experience will be extremely valuable to our organization as we prepare for two of the most important years to date for our sport in this country.”

Earl Cochrane played university soccer at Carleton University and also played professionally in Asia. He previously worked for Canada Soccer as the National Teams Manager (2001 to 2005) before becoming Director of Communications. He was also the Director of Communications of D.C. United for two years before returning to Canada. In 2006 he joined Toronto FC and became TFC’s Academy Director in April 2007. Appointed interim general manager of Toronto FC on Sept 14, 2010, he became Director of Team and Player Operations following the appointment of Toronto FC’s new management team in January 2011, a position he held until the summer of 2013.

In order to take the position of Acting Deputy General Secretary, Earl Cochrane resigned from his Director position on the Canada Soccer Board of Directors, effective immediately.

Cochrane will be based out of the Canada Soccer Toronto office.