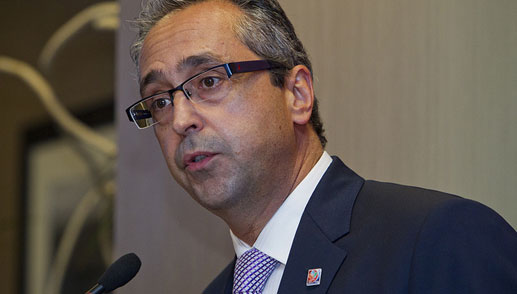 The projections, compiled by the Canadian Sport Tourism Alliance, look at several factors including the projected expenditures of out of town visitors attending the competition, capital construction costs and the operational expenditures associated with hosting the competitions. Through the use of the Canadian Sport Tourism Alliance’s STEAM model, the economic impact of the competitions are detailed across several factors such as employment, taxes, gross domestic product (GDP) and industry output. The combined economic output of both events across the four host provinces ranged from $256 million to $80 million with a municipal output across seven host cities of between $11 million and $59 million.

“The FIFA Women’s World Cup Canada 2015™ marks the first major sporting event hosted in Canada from coast to coast, from Vancouver, British Columbia on the west coast to Moncton, New Brunswick in Atlantic Canada,” said Victor Montagliani, President of the Canadian Soccer Association and Chair of the National Organizing Committee for the FIFA Women’s World Cup Canada 2015™. “As part of the Canadian Soccer Association’s 2014-2018 Strategic Plan – Leading a Soccer Nation – the successful hosting of these competitions will fulfil our strategic priority to encourage and oversee the growth of the game in our country and leave a legacy for sport, for women, and for Canada that reaches far beyond the competition.”

The final report on the economic impact of the competitions will be compiled after 24 teams compete from 6 June to 5 July, 2015 for the FIFA Women’s World Cup™. Matches will be held in Moncton, New Brunswick; Montreal, Quebec; Ottawa, Ontario; Winnipeg, Manitoba; Edmonton, Alberta and Vancouver, British Columbia. In 2014, 16 teams will compete from 5 to 24 August in Moncton, New Brunswick; Montreal, Quebec; Toronto, Ontario and Edmonton, Alberta. The report will look at the combined total of visitor expenditures, operational expenditures, capital construction costs, wages and salaries and tax revenue to produce a report into the local and regional economic impact in the Official Host Cities and provinces and key sectors in the Canadian economy.

Hosting the FIFA U-20 Women’s World Cup Canada 2014 and FIFA Women’s World Cup Canada 2015™ provide a tremendous opportunity for the Official Host Cities to invest in and upgrade sport and community facilities. This investment in soccer will create opportunities for lifelong sport while engaging Canadian youth and families. While the economic impact will undoubtedly be impressive, the positive social impact will have an effect on all levels of soccer across the country and establish a new era in the women’s game.

“The FIFA Women’s World Cup™ is the largest women’s sport event in the world,” added Peter Montopoli, General Secretary for the Canadian Soccer Association and Chief Executive Officer for the FIFA Women’s World Cup Canada 2015™. “As hosts, Canada has the opportunity and responsibility to welcome the world. This gives us a unique opportunity to demonstrate Canadian hospitality, infused with the character of our multicultural society. We’re thrilled to be doing this for Canadians and the Canadian soccer community and to further contribute to the $259 million in economic activity generated by the FIFA U-20 World Cup Canada 2007.”