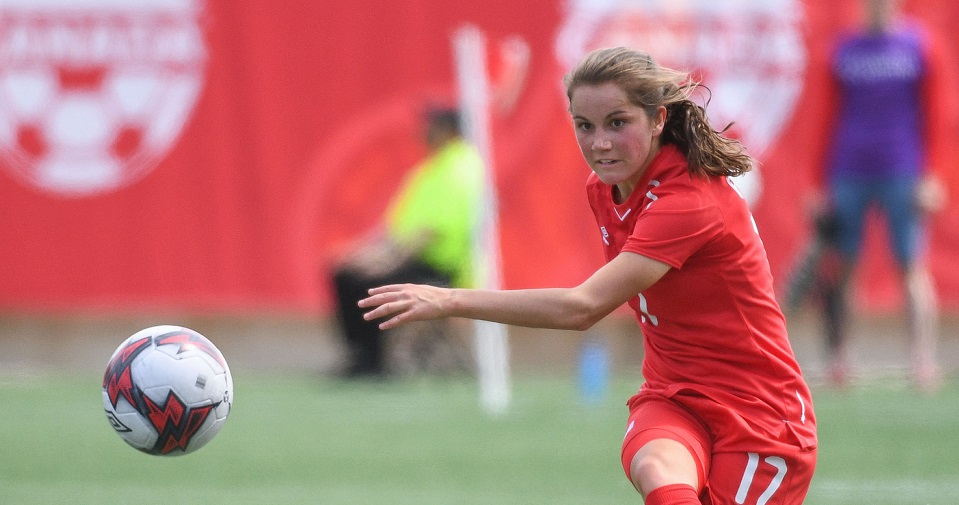 Eight Canadians, seven women and one man, have been named to the 2018 MAC Hermann Trophy Watch List. The seven Canadian women shortlisted are Paige Culver, […]

Paige Culver is a defender from Oakville, ON at Kent State University; Rylee Foster, a goalkeeper from Cambridge, ON, and Bianca St-Georges, a defender from St-Charles-Borommée, QC, are both at West Virginia University; Victoria Pickett is a midfielder from Barrie, ON at the University of Wisconsin; Évelyne Viens is a forward from L’Ancienne-Lorette, QC at the University of South Florida; Olympic bronze medalist Jessie Fleming is a midfielder from London, ON at UCLA; and Olympic bronze medalist Deanne Rose is a forward from Alliston, ON at Florida State University.

Fleming was also a MAC Hermann finalist in 2017.

Canada’s Captain Christine Sinclair won the Hermann Trophy in both 2004 and 2005 when she starred at the University of Portland.