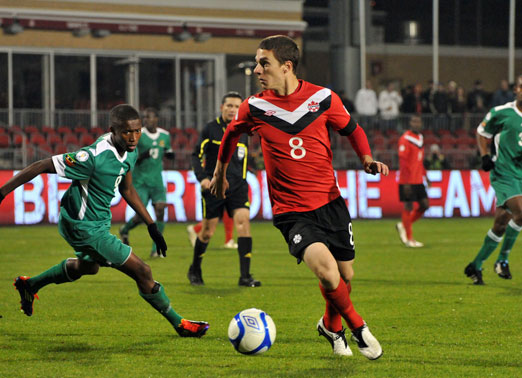 Canada currently preparing for next international match against Armenia.

Canada held onto the eighth spot in CONCACAF on the most recent FIFA/Coca-Cola World Ranking published on 15 February 2012. While Canada did not play in the past month, it did gain 14 points and three spots on account of the sliding calendar used to tabulate points from the last four years. Canada was ranked 71st on the overall global ranking.

African nations made the biggest jump on the FIFA/Coca-Cola World Ranking on the heels of the biennial African Cup of Nations. The results of 51 international matches were taken into account in compiling the most recent edition of the ranking, of which 32 took place as part of the Africa Cup of Nations and 19 were friendly matches.

In CONCACAF, El Salvador made the biggest jump amongst CONCACAF top-10 teams, climbing 70 points to jump into fifth place in the region. While Mexico, USA and Panama hold the top three positions, Jamaica, El Salvador, Honduras and Costa Rica round out the top-7 ahead of Canada. Haiti also made a notable jump in the most recent ranking, climbing 36 points to reach level with Canada at 469 points.