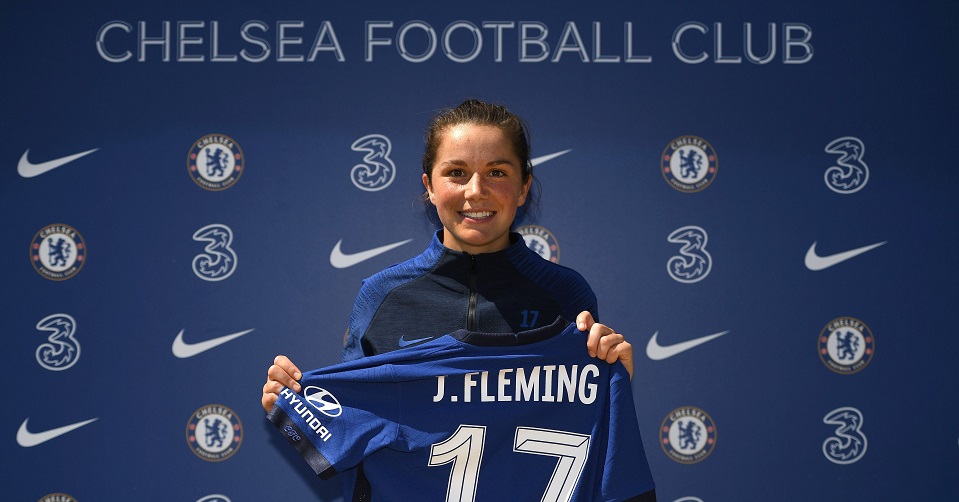 Canada Soccer’s Women’s National Team midfielder Jessie Fleming has signed her first professional contract with Chelsea WFC, the reigning champions of the FA Women’s Super League in England. Fleming signed a three-year contract through to the summer of 2023.

“I knew I really wanted to play in the WSL, I think the league is doing really well right now and there is a ton of fantastic players in the league so that really excited me,” said Fleming after joining her new club. “For Chelsea, it was the players here and I wanted to be in a challenging environment. Having conversations with (manager Emma) Hayes and learning a bit more about the team, I was just really excited about the environment and what it has to offer.”

Before joining Chelsea WFC, Fleming played college soccer at the University of California, Los Angeles. She helped her school reach the College Cup championship in 2017. As one of the top players in college soccer, she was a two-time finalist for the MAC Hermann Trophy.

Across eight seasons with the Women’s National Team, Fleming has made 77 international “A” appearances. She has played at two FIFA Women’s World Cups, won three Concacaf silver medals, and won an Olympic bronze medal at the Rio 2016 Olympic Games. In 2018, she was named to the Best XI at the Concacaf Women’s Championship. Earlier this year, she helped Canada qualify for their fourth-consecutive Women’s Olympic Football Tournament.