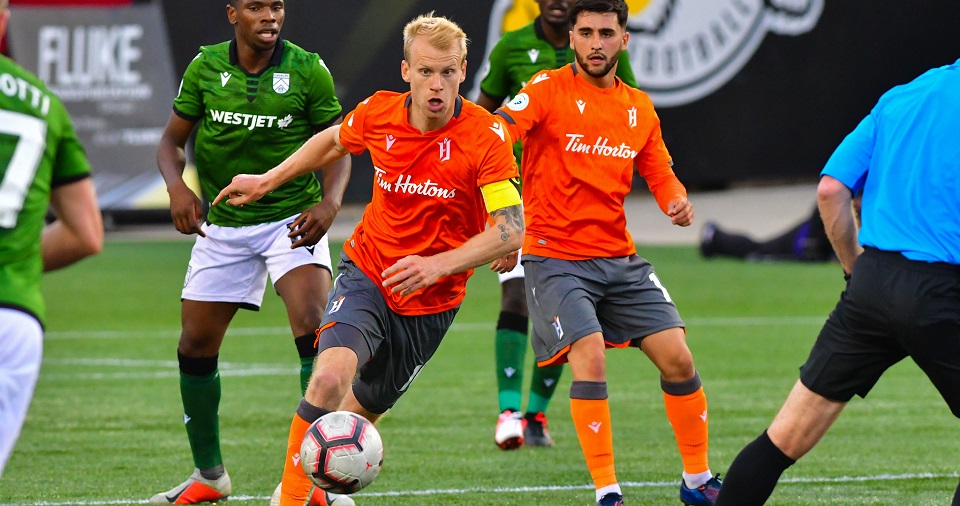 Canadian Premier League side Forge FC fell to Haitian club Arcahaie FC 1:1 (2:4) in Concacaf League action on 1 December. Forge FC will now look to the Play-In Round to secure their place in the 2021 Concacaf Champions League against the loser of the Marathon v Saprissa match.

Forge controlled play for much of the first half, nearly going ahead in the early moments, but faced a defensive and compact Haitian squad. A long run from David Edgar, who recently announced his retirement from professional football at the close of the 2020 season, near the half hour mark opened things up a bit for Forge. Archaie were forced to play more physical with Forge controlling play in the attacking third.

Forge won a succession of corner kick opportunities followed by a pair of free kicks, including one by Kyle Bekker that forced a save by Guerry Romondt in the 43’. Arcahaie’s Hantz Anacius brought down David Choinière in the box in the 44’, and Daniel Krtuzen stepped up to convert the penalty.

After starting the second half in control, Forge had a lapse in the 58’ as Forge FC goalkeeper Triston Henry misplayed a back pass and Kervens Jolicoeurp pounced to draw the match even. Forge pressed throughout the remainder of the second half and had a series of chances late with Bekker swinging in a pair of corner kicks and getting a shot off after a clearance miscue before the game went to penalties after 90’.

Daniel Krutzen stepped up first for Forge FC and had his penalty saved by Romondt. Clarence Thomas went down the middle past a diving Triston Henry to put Archaie up. Romondt also saved the second penalty by Alexander Achinioti-Jönsson and despite converted penalties from David Edgar and Mo Babouli, Arcahaie advanced.

Should they fail to qualify through Concacaf League, Forge will have one more chance against Major League Soccer’s Toronto FC in the 2020 Canadian Championship Final scheduled for Q1 2021.