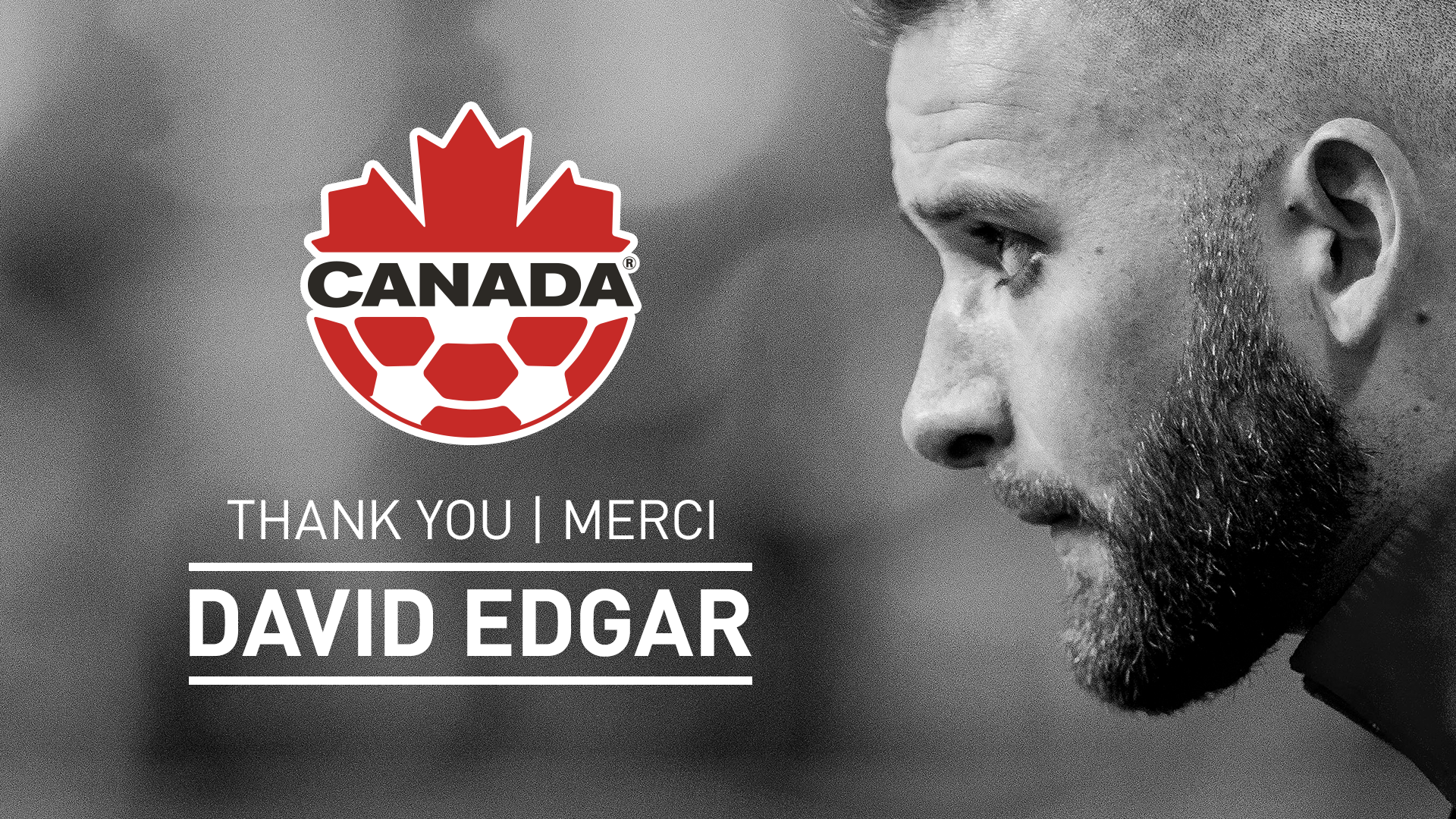 David Edgar, a former captain with Canada Soccer’s Men’s National Team and a two-time winner of the Canadian Premier League’s North Star Shield, has announced his upcoming retirement from football as an active player. Edgar is scheduled to leave the playing field at the conclusion of Forge FC Hamilton’s 2020 schedule, which includes the upcoming Scotiabank Concacaf League Quarterfinals set for Tuesday 1 December.

“I had the privilege to work with David Edgar in my first camp with Canada Soccer’s Men’s National Team and I learned very quickly that he was a real leader of men,” said John Herdman, Canada Soccer’s Men’s National Team Head Coach. “What stood out was his selflessness and willingness to support those young players coming through the system, but at the same time to give everything he had on and off the field to be ready to compete for his country.”

Edgar represented Canada in three cycles of FIFA World Cup Qualifiers, two editions of the Concacaf Gold Cup, and one edition of Concacaf Nations League Qualifying. He finished as high as third in voting as a nominee for the Canadian Player of the Year Award in 2014. From 2011 to 2018 with Canada Soccer’s Men’s National Team, he made 42 international “A” appearances including five starts as Canada’s captain.

He got his first call up in August 2007 and he made his full international “A” debut on 9 February 2011 against Greece. He scored international goals against Cuba, Jamaica, Uzbekistan and El Salvador, with both of the goals against Cuba and El Salvador scored in FIFA World Cup Qualifiers. His first goal was scored on 12 October 2012 in Toronto, a 3:0 win at BMO Field.

At the professional level, Edgar played his club football in Canada, England, USA and Wales, including appearances in Concacaf Champions League and Concacaf League. He led Forge FC Hamilton to back-to-back Canadian Premier League titles in 2019 and 2020. He notably made his professional debut with Newcastle United FC (where he also dressed in UEFA Cup competition) and made more than 100 appearances for Burnley FC.

In Europe, he made 23 appearances in the Premier League and 128 appearances in the Championship. A second generation player at Newcastle United FC, he was just 19 years old when he became the seventh Canadian to feature in the Premier League with his Boxing Day debut on 26 December 2006 against Bolton. He scored his first goal less than a week later on 1 January 2007, a New Year’s Day 2:2 draw with Manchester United FC.

At the international youth level, Edgar was a Canadian U-20 Player of the Year Award winner in 2006. He was 15 years old when he made his debut in the Canadian youth program with coach Ray Clark and he was the first Canadian selected to three FIFA U-20 World Cups, starting with UAE 2003 when Canada reached the Quarter-finals. On his 19th birthday on 19 May 2006, he scored a memorable opening goal in a 2:1 win over Brazil in Edmonton, Canada’s first ever victory at the men’s youth level against the South American giants.

Edgar, who was three years old when he started playing soccer at the Kitchener Minor Soccer Association, was most recently enrolled in the National Teams Education Program, an innovative program to support the coach education of its current and former National Team Program players with a unique, online and combined Canada Soccer C/B Licence opportunity.