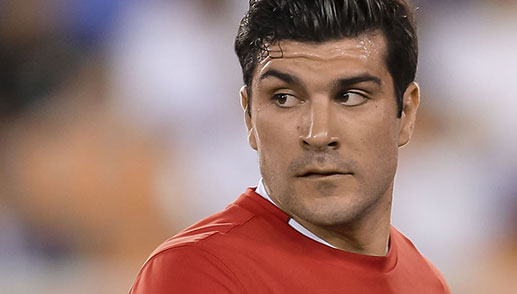 Game against Ft. Lauderdale a taste of things to come for Jonke

After playing his entire professional career in Finland, forward Frank Jonke will be on the home side of the Atlantic for this season as he suits up for FC Edmonton of the NASL.

But Jonke, who has one appearance for Canada’s Men’s National Team against the United States last year, will be getting an advance look of the kind of competition he’ll be facing when Canada takes on the Fort Lauderdale Strikers Tuesday night at Lockhart Stadium in Ft. Lauderdale, Florida, USA.

“I was rather that it had been kept a secret from Ft. Lauderdale but I guess they’re going to have to see me in action earlier,” joked Jonke after Canada trained on Monday in Sunrise, Florida. “Playing for Canada is always an honour. That’s just standard once you get called up and recognized for the hard work you’ve put in the last year or past years, it’s a great feeling.”

Jonke hadn’t been called into a Canadian camp until he was brought into the first camp of 2013 with Colin Miller at the helm. But just shy of his 29th birthday, Jonke is confident that coming back to his home country (where he’ll be coached by Miller in Edmonton) will see him getting more National Team opportunities.

With Canada looking for someone who can bang in the goals, the opportunity is there for him and he knows he’s put himself in a position where impressive performances will mean more call-ups in the future.

“You have way more opportunities to be seen in the NASL than you would in Finland,” said Jonke. “Time changes, lack of promotion and camp revues in Finland, you’re just not going to be seen all the time.”

Kickoff Tuesday night at Lockhart Stadium is at 19.00 ET / 16.00 PT. Post game and post camp coverage will be available on Canada Soccer TV.