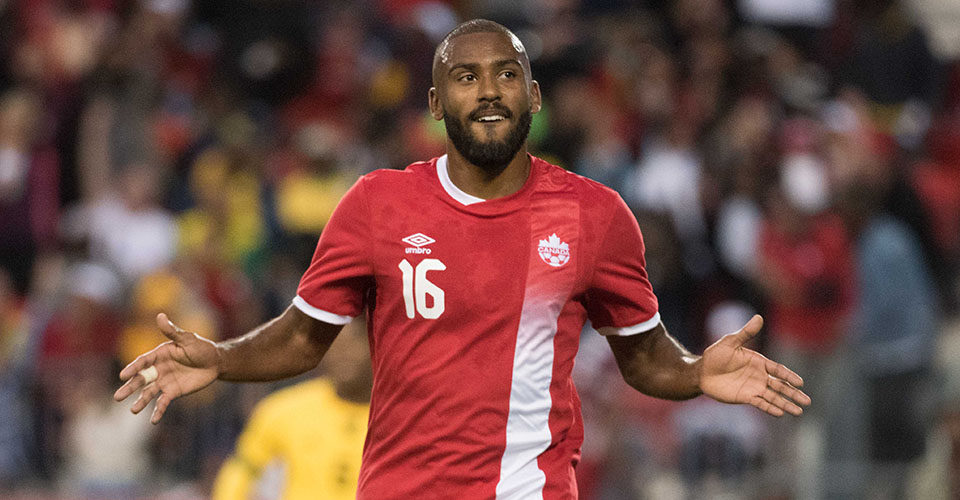 Great crowd for 2:0 Summer of Soccer win at BMO Field in Toronto

Canada Soccer’s National Teams are perfect five for five at home in 2017 as the Men’s National Team won 2:0 over Jamaica to close out a Summer of Soccer Series. Anthony Jackson-Hamel and Jonathan Osorio were the goalscorers as Canada thrilled a terrific crowd of 21,724 at BMO Field in Toronto. David “Junior” Hoilett was named Man of the Match.

“This was probably the best game I’ve seen Junior play,” said Men’s National Team Head Coach Octavio Zambrano. “When they asked me about Man of the Match he was hands down the player chosen. He is an elite-type of player, he’s at the elite level. When he gets the ball the first thing in his mind is there is a goal, and I want to get there and that bodes well for us because that’s the kind of football we want to play”

Jackson-Hamel opens the scoring for #CanMNT, tapping in the cross from Hoilett pic.twitter.com/AMNNnRMTQ5

Osorio slides the ball home, after a beautiful touch by Jackson-Hamel, doubling the #CanMNT lead pic.twitter.com/Te5JPXCzr8

CANADA SOCCER HALL OF FAME
Ahead of the 2 September match, Canada Soccer officially honoured Paul Stalteri as a member of the Canada Soccer Hall of Fame. The CONCACAF champion and former Men’s National Team captain will be celebrated as part of the pre-match festivities at BMO Field.