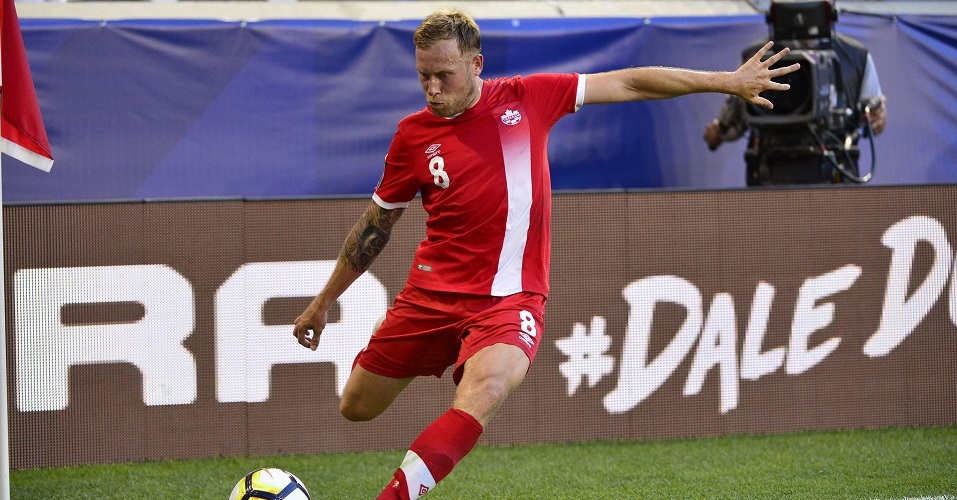 Canada is looking to build on their momentum when they face Costa Rica in their second match of the 2017 CONCACAF Gold Cup in Houston, TX, USA. The two sides are first and second in Group A after the opening match, with Canada atop the group by virtue of their 4:2 victory over French Guiana and Costa Rica second with their 1:0 win over Honduras.

The Canada-Costa Rica 11 July match kicks off at 18.30 local, with a live broadcast on TSN 1, 3, 4 and 5 and RDS (19.30 ET / 16.30 PT). Fans are encouraged to follow the Men’s National Team across all of Canada Soccer’s digital channels including Twitter, Instagram, Snapchat, YouTube, and Facebook.

Tuesday, #CANMNT face Costa Rica at the #GoldCup2017. Watch the #CAN v #CRC match LIVE on TSN and RDS! pic.twitter.com/bwRbOpWFUp

“We have a tough test against Costa Rica, but we welcome it very much,” said Octavio Zambrano, Canada Soccer’s Men’s National Team Head Coach. “We feel empowered from our first match and from all that we have done in camp before that.

The CONCACAF Gold Cup is the official national team championship of the confederation. Drawing large crowds and millions of television viewers from across the region, the CONCACAF Gold Cup is a celebration of soccer, sportsmanship, and culture. Following the Costa Rica match, Canada will face Honduras on 14 July in Frisco just outside Dallas.

Canada are undefeated in 2017 with three wins and one draw, including the recent 4:2 win over French Guiana. In 21 international matches since the last CONCACAF Gold Cup in 2015, Canada’s overall record is 10 wins, five draws, and six losses.

There is plenty of history between Canada and Costa Rica at the CONCACAF Gold Cup. In seven previous encounters, Canada holds the slight edge with two wins, four draws, and one loss. The two sides have been even in their last two CONCACAF Gold Cup matches: a 2:2 draw in 2009 and a 0:0 draw in 2015 at BMO Field in Toronto.

“After the first match against French Guiana we gained lots of confidence,” said Samuel Piette. “The mood is very good with the team and we are looking forward to the Tuesday match against Costa Rica.”

From 12 nations, eight will advance beyond the group phase to the quarter-finals. That means the top two nations from each group advance as well as two of three third-place teams. The 12 competing nations are: Canada, Costa Rica, French Guiana, and Honduras in Group A; Martinique, Nicaragua, Panama, and USA in Group B; and Curaçao, El Salvador, Jamaica, and Mexico in Group C.