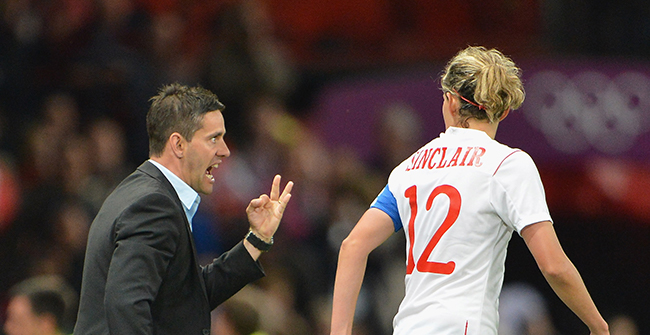 Canada’s Women’s National Team will meet this month for a final training camp ahead of roster selection for February’s CONCACAF Olympic Qualifying Tournament in Texas, USA.

Canada’s Women’s National Team will meet this month for a final training camp ahead of roster selection for February’s CONCACAF Olympic Qualifying Tournament in Texas, USA.

Head Coach John Herdman has called 23 players into the camp beginning January 9th and will use the this time to craft the 20 player squad Canada will field in Houston next month as the team looks to clinch a spot in the 2016 Olympic Games.

“This is really a critical phase in our preparations,” Herdman said. “We had time together in November and December, so we have a strong sense of what these players can do. This camp will be about organisation, firming up the connection between players, and striking the right balance on the pitch.”

With some tough decisions ahead, Coach Herdman knows each player coming into this January camp will be working hard to secure a spot on the team vying to win an Olympic berth, and positioning themselves for a spot on the coveted Olympic roster. Unlike the large 23 player selection teams had for the FIFA Women’s World Cup, each nation can field 20 players for Olympic qualification and only 18 for the Olympic Games.

“There will be some tough decisions,” Herdman said. “Players are coming into this camp aware selections will be made and this is part of the process, you see how players handle the increased pressure. The smaller rosters really mean we have to drill down to how players function within their positional teams, and how they connect with each other on and off the pitch. It’s honestly going to be tough to narrow down this field.”

“This is a really exciting time for us,” Herdman said as he released the camp roster. “We have a leader in Sinclair who really inspires the younger players, we have a group of experienced international stars, and a crop of young, hungry players. I’m eager to see how they come together over the next month.”

Canada, ranked 11th in the world, will begin their Olympic qualification campaign in Group B against Guyana on 11 February, before taking on Trinidad and Tobago on 14 February, and Guatemala on 16 February.

The tournament will feature eight nations divided into two groups of four, with the top two finishers in each group after round-robin play advancing to the all-important semi-finals on 19 February. The winners of the semi-finals automatically qualify for the Olympic Games and also go on to play in the final match on 21 February.

Canada’s final roster for the 2016 CONCACAF Women’s Olympic Qualifying tournament is expected to be released in the final week of January.