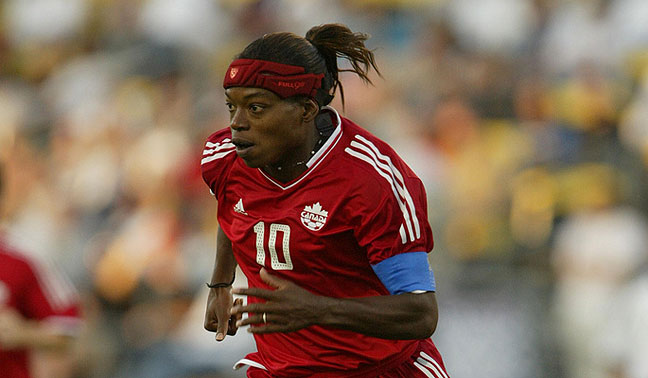 Charmaine Hooper was inducted to Canada’s Sports Hall of Fame on 18 October 2012.

CONCACAF champion Charmaine Hooper was one of Canada’s best female footballers for close to two decades. She represented her country on the international stage from 1986 to 2006, participating in three FIFA Women’s World Cups. She left international football as Canada’s all-time leader with 129 appearances and 71 goals scored. She won one gold and three silver medals in CONCACAF women’s competitions (including gold in 1998).