It is one of the most famous football stadiums in the world, yet on Tuesday night it will be Canada’s first trip to the fabled Azetca in nearly 16 years. The occasion is the current CONCACAF semi-final round of 2018 FIFA World Cup Russia™ Qualifiers, with Mexico and 60,000+ of their friends ready to “welcome” Canada with open arms.

Well, maybe not open arms, but they sure will be welcomed one way or another.

This will be the first trip to Azteca for this group of 22 players, in fact Canada’s first match at the famous stadium in since August 2000 during 2002 FIFA World Cup Korea/Japan™ Qualifiers.

“I’ve never played in this stadium and I’ve always wanted to play here since I joined the National Team,” said midfielder Atiba Hutchinson. “I’ve heard so much about it and the number of fans that show up. I’ve heard it is a very nice place to play in and I’ve been looking forward to it for a very long time.”

Canada’s most famous trip to Azteca was in November 1980 for the CONCACAF semi-final round of 1982 FIFA World Cup Spain™ Qualifiers. The match was played at high noon, with 90,000 fans in attendance. Mexico took a 1-0 lead on a penalty in the first half, but then Canada pulled out an equaliser in the 87th minute on a Gerry Gray free kick. With goalkeeper Ignacio Rodriguez unsure whether teenager Gray or veteran Mike Stojanovic would take the kick, Gray surprised the goalkeeper and Mexican crowd with a kick that curled over the wall into the net. 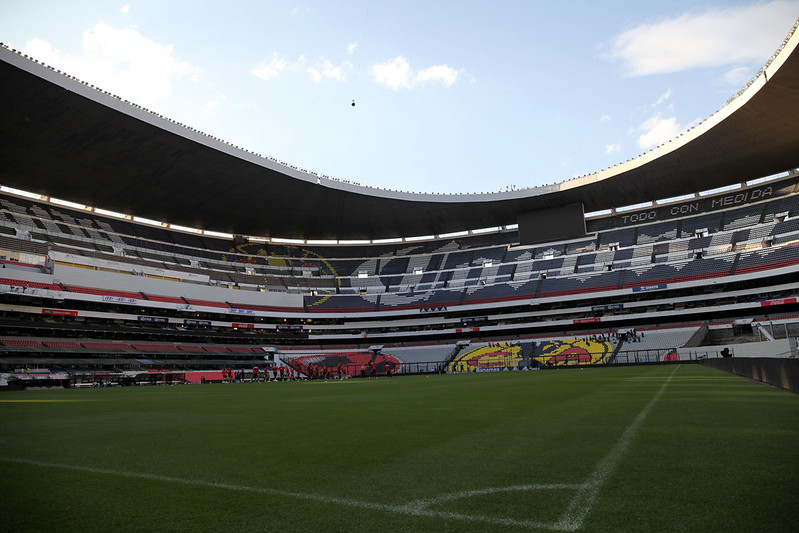