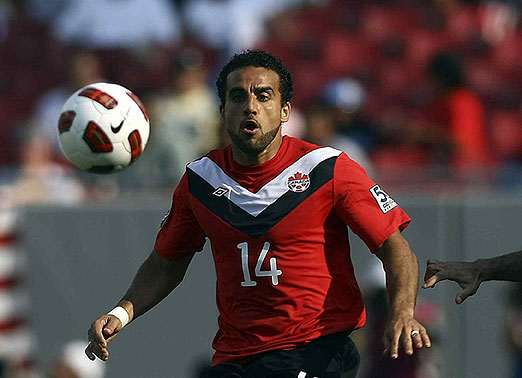 Only 11 international “A” matches were played in the past month.

Canada held steady with 455 points on the first FIFA/Coca-Cola World Ranking of the 2012 season published on 18 January. Canada was even on points after the holiday month, although two countries have pushed forward to drop Canada two spots to 74th overall on the global monthly ranking.

Canada is already preparing for an important 2012 season, with six FIFA World Cup Qualifiers scheduled from June to October. Canada’s first friendly match is 29 February against Armenia on the first FIFA International Date of the new calendar year.

The most notable change within CONCACAF was the small jump by Panama and Honduras ahead of Jamaica. While Mexico and USA remained comfortably in first and second on the continental table, Panama and Honduras are now third and fourth while Jamaica is fifth. Rounding out the CONCACAF top-10 are Costa Rica, El Salvador, Canada, Trinidad and Tobago and Haiti.

Over the past month, only 11 international “A” matches were played around the world, of which six were actually played late in 2011. The next FIFA/Coca-Cola World Ranking will be published on 15 February 2012.