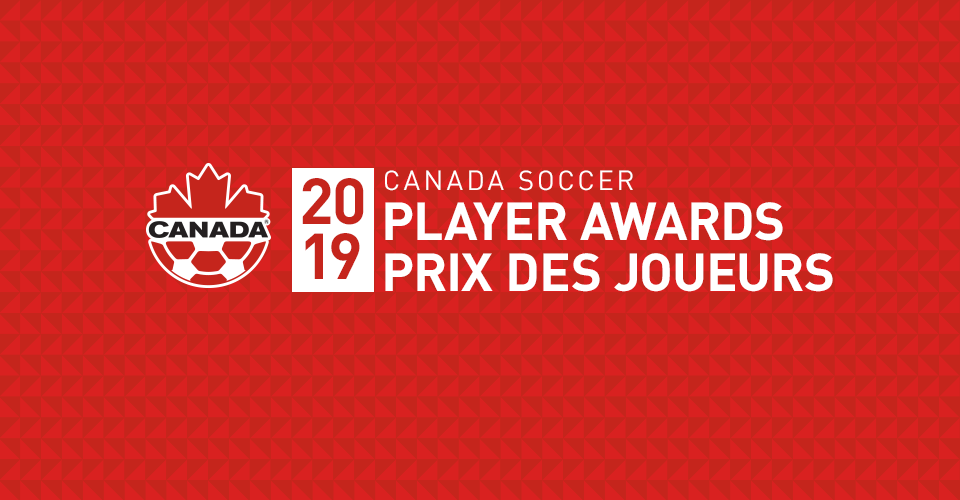 Canada Soccer’s young footballers Jayden Nelson and Olivia Smith have been named 2019 Canadian Youth International Players of the Year. The young duo have been recognised […]

The Canadian Youth International Players of the Year award celebrates Canada’s top two youth footballers in recognition of their achievements with Canada Soccer’s Youth National Teams, with an emphasis on their performance at age-category international competitions. In 2019, this included performances from the U-15 to U-20 age categories in FIFA and Concacaf tournaments.

Jayden Nelson helped Canada qualify for the FIFA U-17 World Cup for the first time in six years after a semi-final finish at the Concacaf Men’s Under-17 Championship. Nelson scored five goals at the Concacaf tournament and earned two Man of the Match honours, including a 4:2 win over Guatemala in which he scored a hat trick. At the FIFA U-17 World Cup, he was Canada’s player of the match in the group finale against New Zealand.

“Jayden Nelson can be proud of the year he has had wearing the Canadian shirt,” said Andrew Olivieri, Canada Soccer’s Men’s EXCEL U-14 to U-17 Program Director. “His talent is unmistakable and we can be excited that there are players like him coming through our system. He’s still a young man trying to establish his career for club and country, but he can be a role model for the young players coming up behind him because he’s that player that can impact a match across all four moments of the game and has the mindset and drive to get better at his craft every day.”

Olivia Smith’s third year in Canada Soccer’s Women’s EXCEL Program was highlighted by an invitation to the Women’s National Team, including her first two international “A” appearances in which she became Canada’s youngest player ever. Alongside her time in the Super Regional EXCEL Centre in Markham, Ontario, Smith earned three call ups to the Women’s U-17 team and scored in back-to-back international matches against Mexico, notably sparking a come-from-behind 2:2 draw on 1 December.

“Olivia Smith was the youngest player to ever win a call up to the Women’s National Team, but what excites me most is her wonderful leadership and character, qualities that make her impact on the field even more powerful,” said Rhian Wilkinson, Canada Soccer’s Women’s U-20 and U-17 National Team Coach. “She is just starting her soccer journey, but her attitude and willingness to avoid the noise around her and just get to work on getting better every day makes me unbelievably excited for her future and the future of soccer in Canada.”

Canada Soccer Moments, Plays and Goals of the Year
Canada Soccer’s annual Moments campaign will be announced on 20 December outlining the Top 10 Moments from 2019 across National Teams and player activity as well as the Canadian Championship.