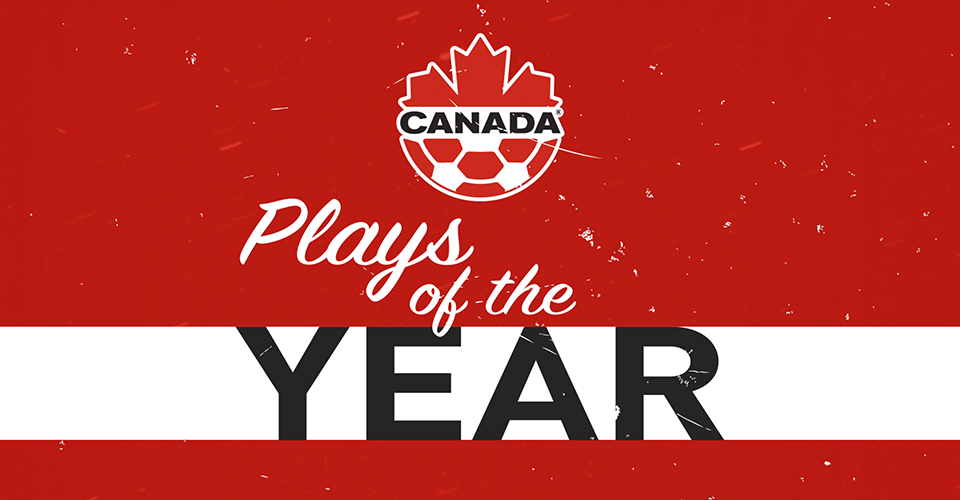 Against Cuba, the reigning Men’s National Team Player of the Year brought a pass out of the air with the outside of his foot just inside of the Cuba half. With a single touch he rounded one defender and patiently rolled the ball past another sliding tackle before placing the ball between the legs and under the Cuba goalkeeper to give Canada a 2:0 lead only 22 minutes into the match.

In 2019, David set a Men’s National Team joint-record with eight international goals, including a Canada record six goals at the 2019 Concacaf Gold Cup. Counting his 28 goals scored for both club and country, David is Canada’s highest scoring forward in a single year over the past 20 years. In addition to being named the 2019 Men’s National Team Player of the Year, David was Canada Soccer’s Player of the Month in June and September.

As part of the Canada Soccer 2019 Plays of the Year campaign, three CanadaRED prize packs were given to randomly selected voters who signed up for Canada Soccer’s CanadaRED newsletter. Congratulations to Michel Jalbert of Dégelis, QC, Tanya Gray of Brampton, ON and Grand Prize winner Jennifer Bawden of Edmonton, AB who also received a signed Women’s National Team jersey.