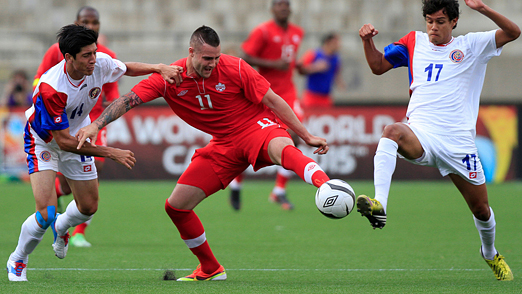 Canada has slipped three places from 80th to 83rd position in the June 2013 edition of the FIFA World Ranking.

The Canadians lost their only fixture of the previous month, suffering a 1:0 defeat to Costa Rica in a Men’s International Friendly in Edmonton, AB on 30 May.

The updated ranking has Canada listed in 9th place in the CONCACAF region.

The MNT’s next scheduled action is the 2013 CONCACAF Gold Cup. The team will gather in Oxnard, CA for a 10-day training camp ahead of the tournament beginning on 26 June.

All of Canada’s matches at the tournament will be broadcast on Sportsnet. CanadaSoccerTV will also be on-site at all venues providing additional coverage.