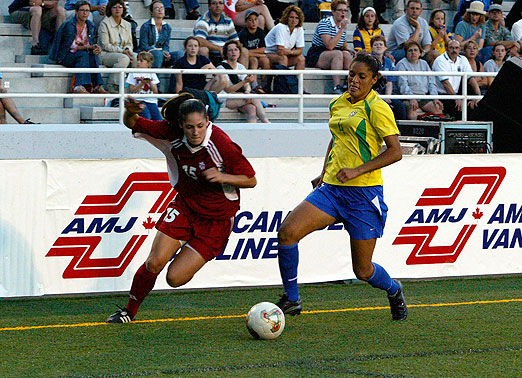 Kara Lang was inducted to the Oakville Sports Hall of Fame on Thursday 16 February 2012. Lang was one of four athletes honoured at the 8th annual Gala Induction Dinner at the Oakville Conference and Banquet Centre in Oakville, ON. The other honoured athletes this year were Michael Clemons (Canadian Football League), Mike Vanderjagt (National Football League) and Rick Zeron (horse/harness racing).

Over her nine-year career, Lang scored 34 times – fourth most in Association history. She won Canadian U-20 Player of the Year honours in 2005 and co-led the national team in goal scoring in 2002. She also led the team in minutes played in 2002 (as a 15-year old rookie) and 2003.

At the club level, Lang won a W-League championship with the Vancouver Whitecaps in 2004. She also played college soccer with UCLA.