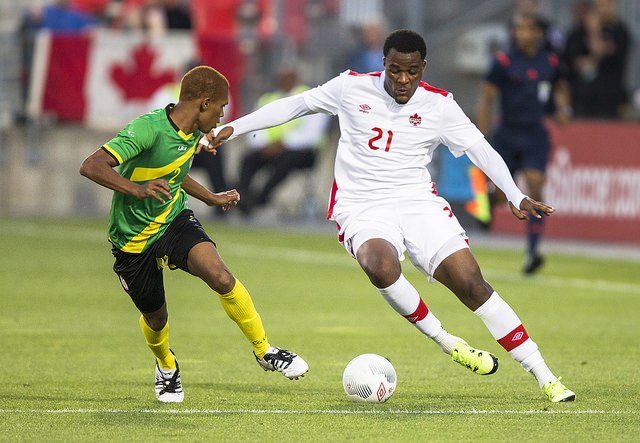 Larin is also the first rookie with two hat-tricks in his rookie season and, at 20-years-old, is the youngest player to have a pair of MLS hat-tricks.

It’s been a memorable year for young forward Cyle Larin. Now it’s one for the record books.

Larin, the first overall draft pick from the Major League Soccer (MLS) Superdraft earlier this year for Orlando City SC, scored his second hat-trick of the 2015 MLS season on Saturday 25 September to bring his goalscoring tally to 14 goals in his rookie season—breaking the MLS rookie goalscoring record (11) previously established by Damani Ralph in 2003.

Earlier this year, Larin was with Canada’s Men’s U-20 Team in Montego Bay, JAM, at the CONCACAF U-20 Championship when he found out he was going first overall in the SuperDraft. Though he was unable to attend the festivities, the video of Larin getting mobbed by his Canadian teammates at the official announcement was circulated widely.