“The Vancouver crowd has been really beautiful.”

Like most of his Canadian teammates, Marcel de Jong started playing at a young age, but to get to Canada Soccer’s Men’s National Team, de Jong took a different path. While he was born in Newmarket, Ontario, de Jong and his family moved to the Netherlands while he was a young boy and it was in Valkenswaard where he began his soccer career.

“When I was small, I always played outside with my friends and we played soccer and spent all day outside playing everything,” said Marcel de Jong. “That’s really how I started my soccer career.”

While growing up in Netherlands, the 29-year-old was able to work with some of the best soccer academies before landing his first professional contract. He played youth soccer for De Valk and then PSV Eindhoven, then turned pro with Helmond Sport.

“In Holland, they combine soccer with school. So you have school and then right after you go to training, so I got the best of it. It was all very professional, so it helped me a lot as a player and a person and really developed me a lot to start my career.”

With over five years experience in the Netherlands playing football (with Helmond Sport and then Roda JC), de Jong was up for a new challenge across the border in Germany.

“I had always talked to my family about how we always wanted to go outside of Holland and we like new adventures. That’s why I took the opportunity to go there (to Germany with FC Augsburg) and I never regretted it ever since.”

From FC Augsburg, de Jong and his family were set for another adventure and this time, North America came calling in the form of Sporting Kansas City of Major League Soccer.

“Me and my wife and my family like adventures and we would love to go see the world and after my last season in Germany, it was time to go and at that time it was hard because the transfer window was closed, except for in MLS and so we decided to give it a shot in Kansas City.”

“Why not! We played here a couple of times with the national team and this city is beautiful, the stadium is great, the fans are amazing.

“I would say to people after Ottawa, if I go back to MLS, it has to be in Canada with Montréal, Toronto or Vancouver. Luckily for me, Vancouver was interested and I was really happy about that. I said ‘let’s do it’, so that’s the story and I love it here in Vancouver.”

While part of the draw to Vancouver was the atmosphere at BC Place that de Jong experienced during his time with Canada Soccer’s Men’s National Team, his career with Canada actually started much earlier, when he was just 16 years old.

“It’s been a long time already. One of my first games was in Mexico, on the plane by myself coming over from Holland. It was a little bit scary for someone from Europe, where everyone travels with a car, bus or train, so it was different for me and at that time my English wasn’t so good. Actually it was really, really awful, but it was a great experience and I really enjoyed it.”

He took part in 11 youth camps with Canada, including a pair of CONCACAF youth tournaments and the FIFA U-20 World Cup Netherlands 2005. During that period, he had to make a decision as to which nation he would represent at the international level.

“I had to make a decision, so I looked at the roster of Holland and thought there were a lot of really good players at my age and position. In the end though, I decided to choose for myself. I knew I wanted to be able to play and contribute to the team and I like to have adventures and see places and so in the end it was an easy choice for me to play for Canada.”

Wowza. Did you see this beauy by #canMNT De Jong last night?!https://t.co/dIV0UEUmwu

From the youth squad, he then made his international “A” debut for Canada on 21 November 2007 in a Men’s International Friendly against South Africa. He was 21 years old when he made that debut for then-coach Dale Mitchell, who also coached him in the youth squad at Netherlands 2005.

“It was a pretty nice experience. I was roommates with Will Johnson, who was on one of his first call-ups. We were with the big guys in South Africa. It was just impressive. I was a young guy on the team so I was just quiet and sat in the corner and didn’t speak up. It was just a really nice experience.”

With 10 years of national team experience, de Jong has certainly seen the highs and lows of the squad, but feels that the team is now taking the next step in its evolution and he sees good things on the horizon.

“Everyone playing every week and new players that are now playing for Canada like Junior Hoilett and Scott Arfield really help the team. Canada’s development as a country is positive too. We are trying to take the next step, so that says a lot. If you see where we came from a few years ago, you can see we are on the right track to achieve something really beautiful.”

To achieve that beautiful dream, de Jong knows what the team needs to do in September to reach the final round of 2018 FIFA World Cup Russia Qualifiers.

“It’s simple: we need to get points and we can’t lose in Honduras. We can’t play for a draw, have to play for a win and we can’t just sit back and be defensive. We have to take the game to them, give it everything we have. This one game could change the whole country.”

The final match of the CONCACAF semi-final round takes place at BC Place in Vancouver on 6 September. The whole team is looking forward to a boisterous Vancouver crowd.

“It’s been really amazing. I’ve played a lot of big games with big crowds but the Vancouver crowd has been really beautiful and it’s one of my favourite.”

Even though de Jong knows the points will ultimately determine whether Canada advances to the Hex, de Jong feels that with the support of Canada, something extra special may happen and those fans could potentially be the difference.

“We need everybody who’s willing and can come (to) come and support us. This is one of the games that could change soccer in our entire country, it’s just huge for us, so we need all the support we can get. So if you can come… come.” 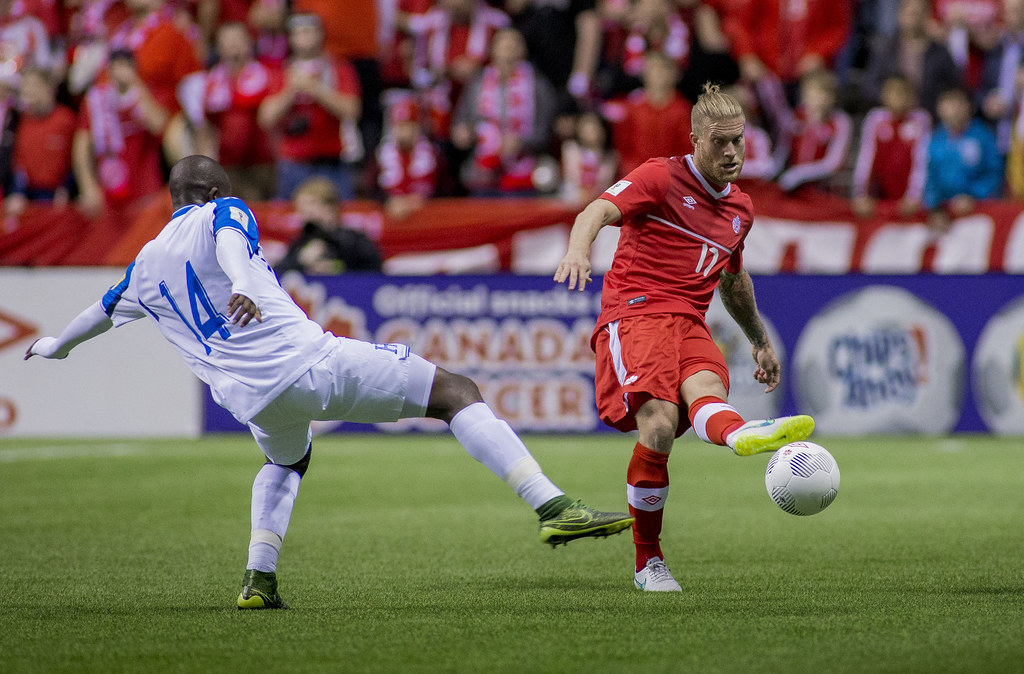