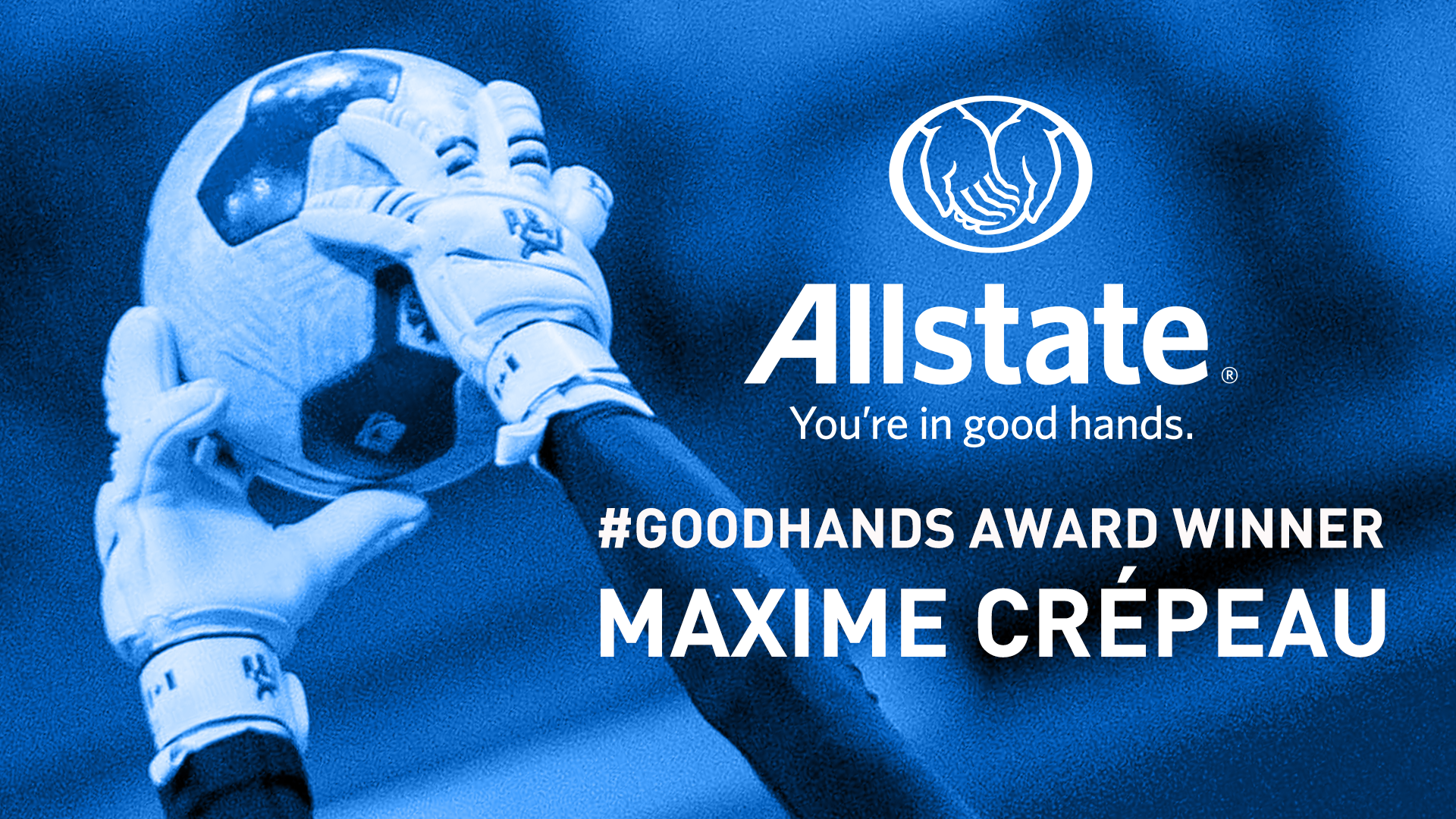 This is Crépeau’s second time winning the award, the first coming in 2016

Canadian soccer fans have voted Maxime Crépeau’s diving save against Iceland as the winner of the 2020 Allstate Canadian National Teams Good Hands® Award. The save was made in the 76th minute of an international friendly match on 15 January as part of a series of Men’s National Team matches played in California.

With Canada trailing by a goal, Kristján Finnbogason received the ball on the left side of Canada’s penalty area and struck a hard low shot between the defender’s legs. As the shot appeared destined for the bottom corner, Crépeau swiftly shifted to his right to make an instinctive diving save and deflect the ball around the post.

The Allstate Good Hands® Award, which recognizes the top save by a Canadian National Team goalkeeper during international play, was chosen by fans during the online voting period which ran from 19 to 26 November. Allstate will present Crépeau with the Good Hands® Award at a future National Team home match. This is Crépeau’s second time winning the award, the first time being in 2016.

“Despite a challenging year due to the global pandemic, we remain proud supporters of Canada Soccer’s Men’s and Women’s National Teams, and are pleased to recognize the top performances from the earlier part of the year,” said Marcelo Regen, Vice President, Allstate Brand Innovation & Chief Customer Officer. “Canada’s Women’s National Team qualified for the Tokyo Olympics as captain Christine Sinclair set the all-time international goal scoring record, and our Men’s National Team continued to show exciting promise in advance of the start of 2022 FIFA World Cup Qualifying.”

“On behalf of Allstate, we are honoured to recognize Maxime Crépeau with the 2020 Allstate Good Hands® Award for his fantastic save against Iceland.

“Congratulations Maxime! I know that Canadians are proud of how you represent Canada on the international stage, and we look forward to supporting you as Canada’s National Teams return to the pitch in 2021.”

With the presentation of the Canadian National Teams Allstate Good Hands® Award, an exciting fifth year of partnership between Canada Soccer and Allstate Insurance Company of Canada is completed. The partnership, which was launched in early 2016, has seen Allstate Canada and its Agents lending their support to Canadian soccer at every level, in close to 100 communities nation-wide.

Allstate Insurance Company of Canada is a leading home and auto insurer focused on providing its customers prevention and protection products and services for every stage of life. Serving Canadians since 1953, Allstate strives to reassure both customers and employees with its “You’re in Good Hands®” promise and is proud to have been named a Best Employer in Canada for nine consecutive years. Allstate is committed to making a positive difference in the communities in which it operates through partnerships with charitable organizations, employee giving and volunteerism. To learn more, visit www.allstate.ca. For safety tips and advice, visit www.goodhandsadvice.ca.