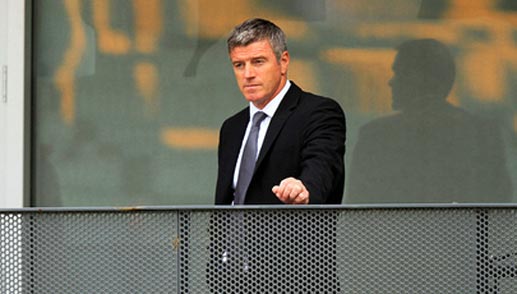 Miller: “We need to regroup”

After conceding the winner to Martinique on virtually the last kick of Sunday’s 2013 CONCACAF Gold Cup opener – Interim Canadian Head Coach Colin Miller held a Monday morning meeting with his players to ensure that the squad refocuses and immediately begins preparations for a crucial Thursday-evening clash with Mexico.

“We’re all feeling very, very disappointed about the way that we lost yesterday,” said Miller.

“We don’t want to make excuses but we are devastated about the result but we now need to regroup as a squad and a staff.”

With its Gold Cup campaign lying in the balance of the next two Group A matches, Canada will not need any extra motivation to get ready for Thursday’s game against Mexico – the highest ranked team in CONCACAF.

A large Mexican crowd is expected at CenturyLink field in Seattle for the match and Miller described the encounter as “a fabulous occasion” with Canadian fans also expected to travel down to support the team.

CANMNT: Miller: ‘We need to regroup’

Mexico, like Canada, suffered a narrow loss (2:1 to Panama) in its first match at the tournament – so both sides will head into Thursday’s clash with extra incentive to come away with a result.

“We have to be prepared for a Mexican team – that like ourselves – will be very disappointed with their result. It’s not very often they lose,” said Miller.

While the Canadian coach stated in the post-match press conference that he felt his players could have been more effective in possession, and that improvements can be made across the board, he refused to criticize his side’s effort and desire in the loss to Martinique.

“We have a lot of character in this group. It wasn’t from a lack of effort yesterday. The players, in some cases, ran until they dropped,” said Miller.

“We now need to get everything back in the tank and be ready for Thursday. “

Canada will need to finish in the top two places in Group A; or as one of the two highest-ranked third-place finishers in overall play to qualify for the knock-out stages.

Edwini-Bonsu leaves camp, Porter to meet-up with team in Seattle

Striker Randy Edwini-Bonsu left the Canadian camp on Monday morning due to injury.

D.C. United forward Kyle Porter will travel to Seattle to meet up with the team ahead of Thursday’s clash with Mexico.