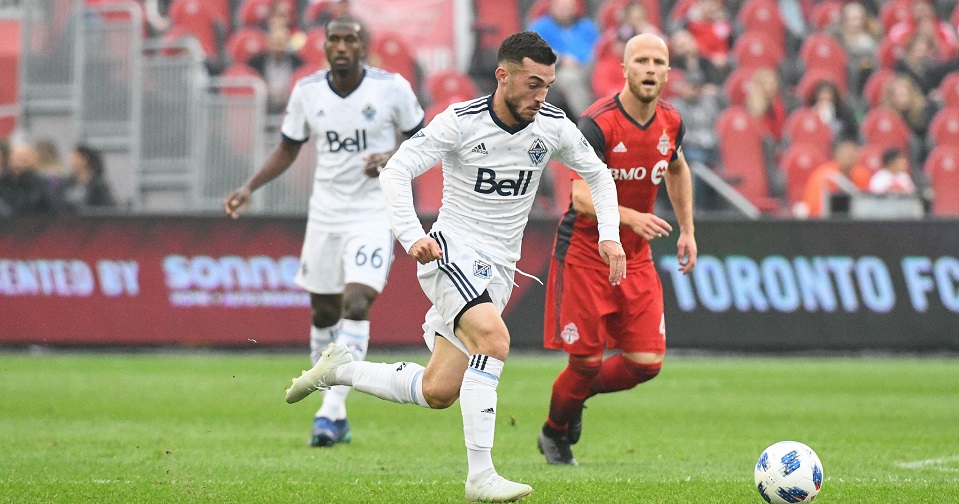 In the race to the 2020 Canadian Championship, Canada’s three Major League Soccer teams will face each other across nine matches in August and September in […]

In the race to the 2020 Canadian Championship, Canada’s three Major League Soccer teams will face each other across nine matches in August and September in a prelude to this year’s Battle of the North. The nine MLS matches from 18 August to 16 September in Vancouver, Toronto and Montréal (six matches per team) will have the added importance of qualifying one MLS team to the 2020 Canadian Championship Final.

All nine MLS matches between Vancouver Whitecaps FC, Toronto FC and the Impact de Montréal will be broadcast live on TSN. The team with the most points from their six matches will advance to the 2020 Canadian Championship Final, which will be a single-match final, with the date and location to be announced later. In case two or more MLS teams are tied on points after all nine matches, the following tie-breaker scenario will be used to determine the winner:

Already this year, Canada’s three MLS teams have played five regular-season games each (two in February/March and three at the MLS is Back tournament in July). Since 2007, Canada’s MLS teams have combined to play more than 1,000 league matches (regular season and playoffs) from which 520 have been played in Canada. Toronto FC won both the league (MLS Supporters’ Shield) and playoff final (MLS Cup) in 2017.