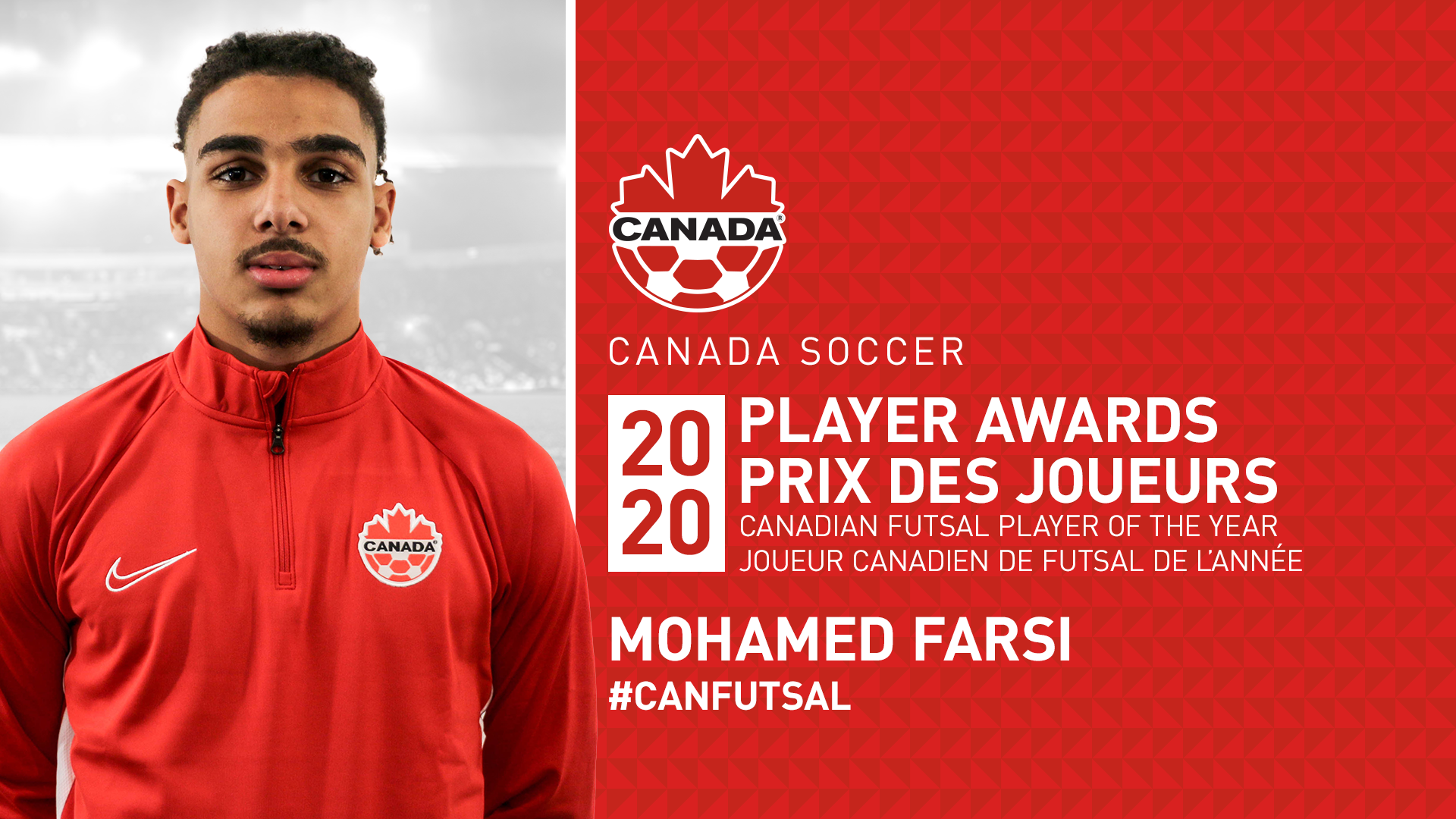 Mohamed Farsi of Montréal, Québec has been named the 2020 Canadian Futsal Player of the Year. The former Futsal Canadian Championship winner, still only 20 years old, made his first two international appearances for Canada in a historic away series against Costa Rica.

Farsi scored the 2:1 winner in his 31 January 2020 international debut as Canada beat the two-time Concacaf champions for the first time in the history of Canada Soccer’s Futsal National Team Program. Farsi played in both matches, the 2:1 win on Friday night and the 2:2 draw on Saturday night. He was Canada’s man of the match in the Friday win against Costa Rica.

“Mohamed came into our January camp with a new mindset, someone who had matured and was now a young leader in our Canada squad,” said Kyt Selaidopoulos, Canada Soccer’s Futsal National Team Head Coach. “Against Costa Rica, we were focused and at a good fitness level building towards the Concacaf Futsal Championship, but Mohamed just took it to another level through his maturity and his understanding of the responsibility of being a top player.”

Farsi was expected to be one of Canada’s key players for the 2020 Concacaf Futsal Championship, which was postponed because of the global COVID-19 pandemic, with the new dates and location yet to be announced. This summer, he joined soccer side Cavalry FC of Calgary in the Canadian Premier League and won the league’s Best Under-21 Canadian Player of the Year award.

Farsi is the fourth winner of the Canadian Futsal Player of the Year award. Previous winners were Nazim Belguendouz in 2017, Jacob Orellana in 2018, and Luis Rocha in 2019.

The 2020 Canada Soccer Awards will be announced throughout the week of 30 November to 4 December.