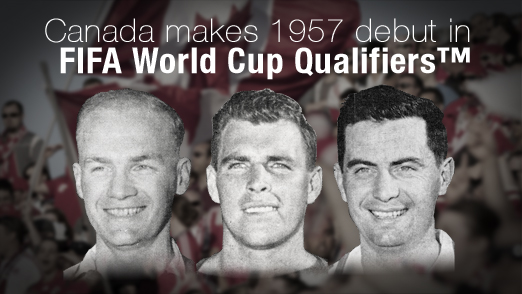 Canada took a crucial step towards becoming a full-fledged member of the international football community by making its debut in FIFA World Cup Qualifiers on 22 June 1957. At home in Canada at Varsity Stadium in Toronto, Canada won 5:1 with goals from Norman McLeod, Brian Philley, Art Hughes (two) and Gogie Stewart.

Despite winning two of its four matches, Canada missed out on Sweden 1958. Still, with that first match on 22 June 1957, Canada took a massive step in paving the way for future national teams who aspired to make it to a FIFA World Cup.