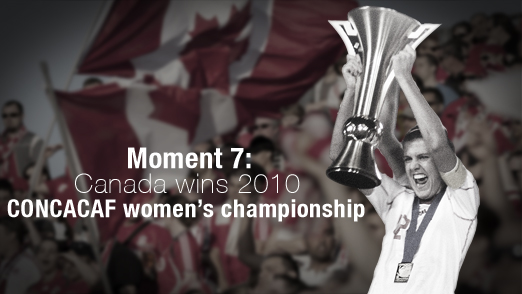 Canada won its second CONCACAF women’s title on 8 November 2010, shortly after securing its fifth-consecutive spot in a FIFA Women’s World Cup. After securing first place in the CONCACAF group stage with a 3:0 win over Mexico, Canada then knocked off Costa Rica in the semi-final phase to book a spot for Germany 2011. Just three days later, Canada faced host Mexico again – this time with a CONCACAF trophy on the line. In front of an sold-out Mexican crowd in Cancún, Canada’s Christine Sinclair scored the lone goal from the penalty spot in a 1:0 win for the title.