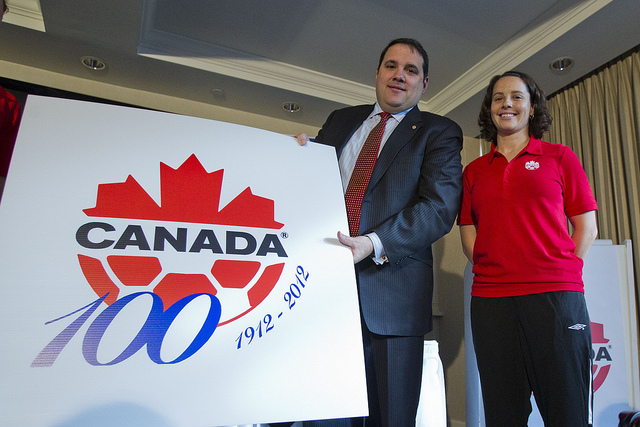 Victor Montagliani has been elected the new President of the Canadian Soccer Association at its Annual General Meeting on 5 May 2012 in Ottawa, ON. Montagliani was elected by the membership to lead the Association for a four-year term.

Montagliani brings with him diverse professional experience combined with a strong commitment and knowledge of the game at all levels.

“Governance is not simply about management,” said Montagliani. “It requires leadership, passion and a burning desire to deliver excellent outcomes for the Canadian Soccer Association. Leadership is service and I am ready to serve the Canadian soccer community.”

Montagliani is the Canadian Soccer Association’s 33rd president. He replaced Dr. Dominic Maestracci who served as the Association’s president from 2008-2012.

Amongst Dr. Maestracci achievements in his role as president were the implementation of a global Strategic Plan in 2009 as well as the successful bid to host the FIFA Women’s World Cup 2015™. He also ensured long-term financial viability of the Association.

Six Directors will also be elected at this year’s Canadian Soccer Association’s Annual General Meeting, while three additional independent Directors will be appointed later this summer.