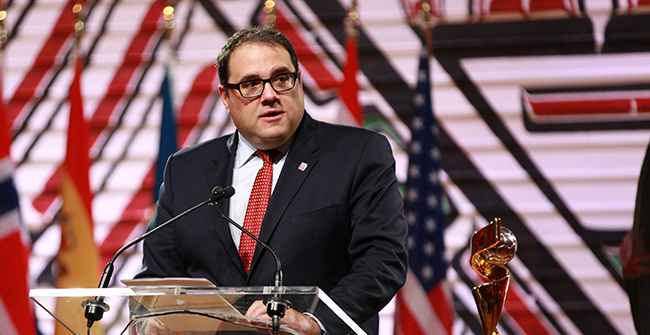 Victor Montagliani has been re-elected as President of Canada Soccer at the 2016 Annual Meeting of the Members. This marks Mr. Montagliani’s second term as President, having been elected as the Canadian Soccer Association’s 33rd president in 2012.

Canada Soccer, in partnership with its membership and its partners, provides leadership in the pursuit of excellence in soccer, both at the national and international levels. Canada Soccer not only strives to lead Canada to victory, but also encourages Canadians to a life-long passion for soccer. For more details on Canada Soccer, visit the official website at canadasoccer.com.