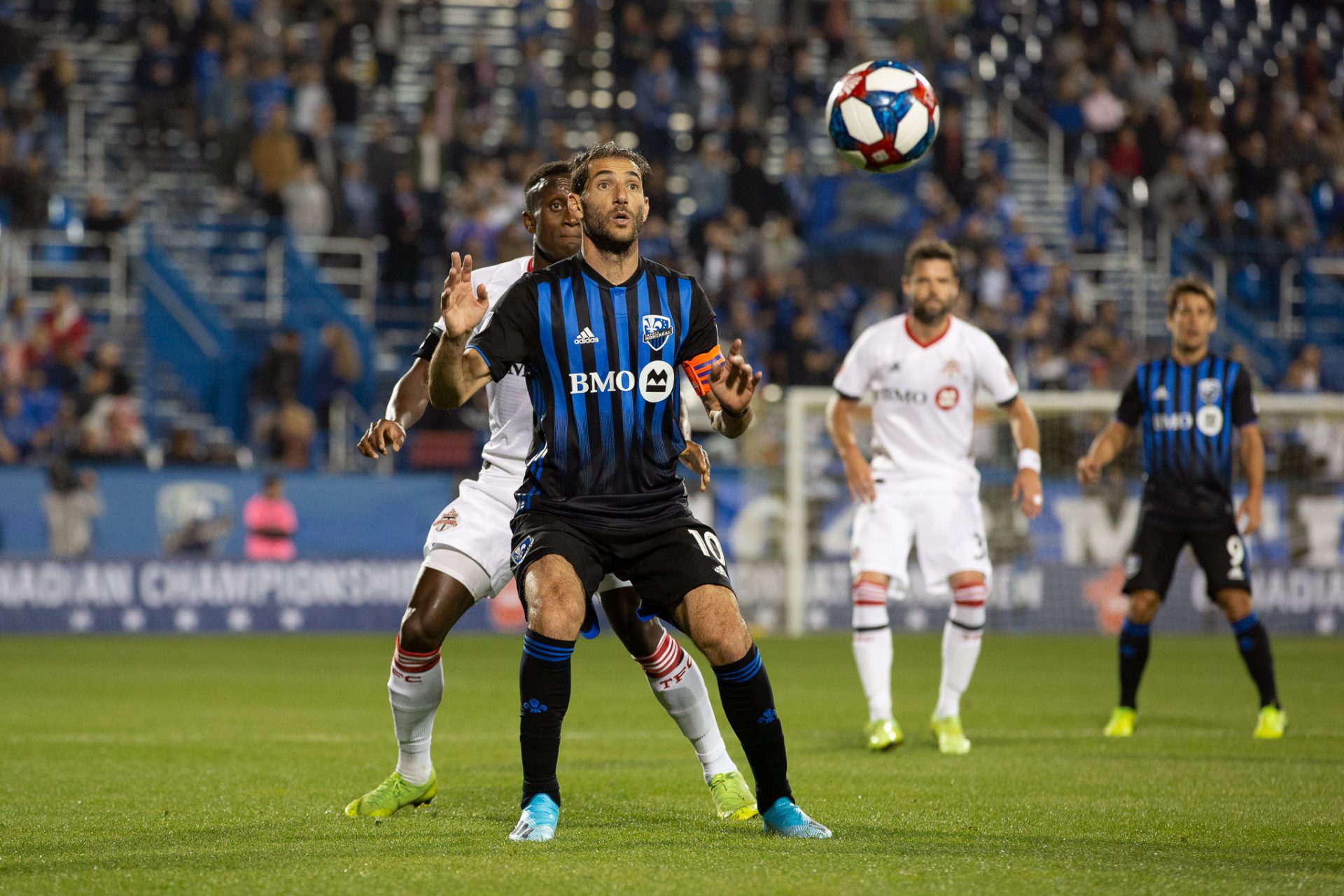 Montréal Impact defeated Toronto FC 1:0 in the opening leg of the 2019 Canadian Championship Final presented by Allstate at Stade Saputo in Montréal, QC. The […]

Montréal Impact defeated Toronto FC 1:0 in the opening leg of the 2019 Canadian Championship Final presented by Allstate at Stade Saputo in Montréal, QC. The Wednesday 18 September match was highlighted by Ignacio Piatti’s first-half goal from just outside the box.

Montréal took the lead early in the first half on a strike by Ignacio Piatti (17’) from 25 yards out.  Piatti one-touched the ball from Saphir Taider to score his fourth of the 2019 Canadian Championship after he scored one goal in Qualifying Round 3 against York9 FC and twice in the Semi-Final Round against Cavalry FC.

In the 34’, Toronto’s Laurent Ciman struck a long-range free kick that dipped and challenged the Impact keeper Clement Diop who was able to adjust to make the save and push the ball away from danger. Minutes later, Erickson Gallardo’s cross was controlled by a perfect first touch from Canadian teenager Jacob Shaffelburg who forced a save from Diop over the bar to preserve the 1:0 lead.

Montréal had an excellent chance to double their lead in the 52’. Taider played a wonderful ball over the top of the Toronto defence to Lassi Lappalainen who chipped it over Bono, but the shot bounced just wide of the net. Toronto’s best chance of the second half came in the 66’ when Jozy Altidore was played into the Montréal penalty area by Nick DeLeon and hammered the shot on net, but once again Diop made the save to keep the clean sheet.

Toronto pushed for the away goal in the later stages with Altidore getting a free header off that ended up straight into the arms of Diop.