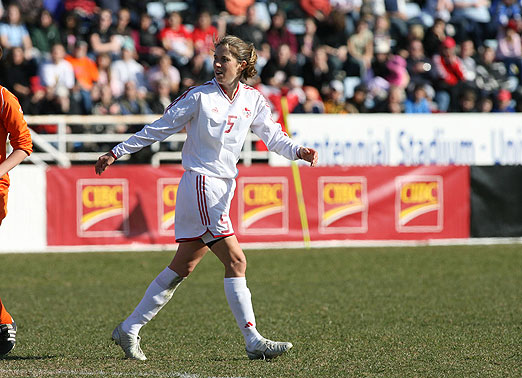 Neil inducted to BC Sports Hall of Fame

Retired footballer Andrea Neil has been inducted into British Columbia’s Sports Hall of Fame. The four-time FIFA Women’s World Cup playerwas one of nine individuals and one team inducted on 17 January as part of the 2012 class.

“The 2012 Class of Inductees to be honoured by the BC Sports Hall of Fame is exceptional,” said Marion Lay, chair of the Selection Committee, “Our selection committee did an outstanding job of sifting through over 120 nominations. The Class of 2012 truly reflects the best of the best.”

Neil was a Canadian footballer from 1991 to 2007, retiring as Canada’s all-time leader with 132 appearances at the international “A” level. En route to becoming Canada’s first player to participate in four FIFA Women’s World Cups, she represented Canada at six CONCACAF women’s tournaments and one Pan American Games. At the club level, she was a Jubilee Trophy, Gladys Bean and W-League champion. Just last year, she was named an honoured member of Canada’s Sports Hall of Fame.