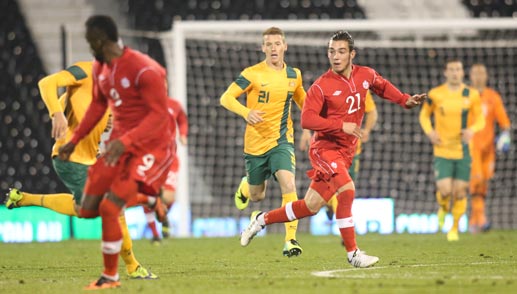 October 2013: Canada slips worldwide, up one spot in CONCACAF

Canada slipped five spots compared to last month but at the same time has moved up into 12th place in the CONCACAF region.

Canada’s Men’s National Team has slipped down to number 111 in the latest FIFA rankings. Canada slipped five spots compared to last month but at the same time has moved up into 12th place in the CONCACAF region, ahead of Guatemala.

With likely two years to go before Canada plays its next competitive fixtures, Head Coach Benito Floro is taking his time to try and identify which players will likely carry the team into the next Gold Cup and then into qualifying for the 2018 FIFA World Cup™ in Russia.

In their last game on Tuesday, Canada went down early and, despite some promising offensive play in the first half, couldn’t find the equalizer and ended up on the losing end of a 0:3 result against Australia at Craven Cottage in London, ENG.

The next rankings will be released on 28 November.