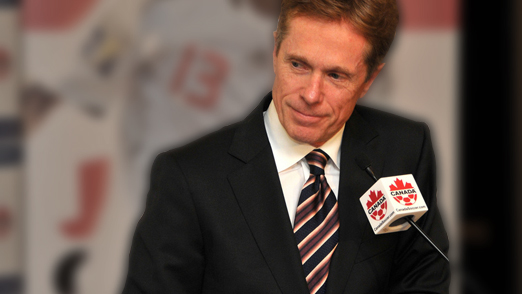 The Ontario Soccer Association held their 2016 Annual General Meeting and Awards Banquet with Ron Smale re-elected as president of the provincial soccer association. Mr. Smale was re-elected for a fourth term on Sunday 12 June.

“I am thankful for the support of my peers in choosing me to help lead soccer in Ontario,” said Smale, Ontario Soccer Association President. “I’m looking forward to seeing where we can take the game in this province and meet the challenges that lay ahead.”

At the awards banquet on 11 June, Gerry Dobson received the Ontario Soccer President’s Award, as presented by Mr. Smale. Dobson is retiring this year after 18 years with Sportsnet, serving as the primary voice for soccer in Canada.

About the Ontario Soccer Association
Founded in 1901, The Ontario Soccer Association (OSA) is the largest provincial sports organization in Canada. Its members include more than 650 Clubs servicing over 24,000 teams with 380,000 registered players, 70,000 coaches and managers, and 10,000 match officials. The OSA develops and delivers exceptional and sustainable programs and services throughout Ontario with the mission of providing leadership and support for the advancement of soccer in collaboration and cooperation with our membership, partners and other stakeholders. The OSA also operates League1 Ontario, a provincial semi-professional men’s and women’s league as well as the Ontario Player Development League (OPDL).