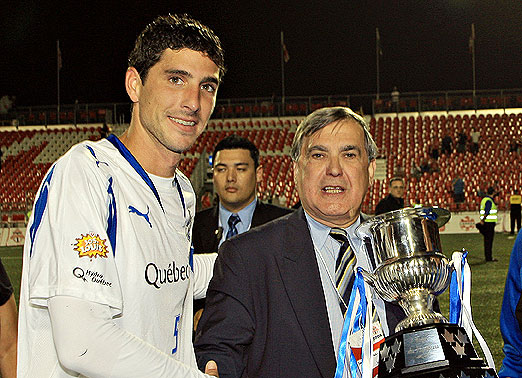 In the inaugural Amway Canadian Championship in 2008, Pizzolitto led the Impact to the national title, earning the Impact a spot in the first CONCACAF Champions League season. The Impact went on to reach the quarter-final stage that year, the highlight of which was a home 2:0 win over Santos Laguna in front of more than 55,000 fans at Stade Olympique.

“I would like to thank the Impact for all the great moments I’ve experienced over the course of my career in Montréal,” said Pizzolitto. “I am proud to have contributed to the club’s success. A big thank you goes out to President Joey Saputo for giving me the opportunity to play as a professional in my home town. I need to thank my family and friends as well who have supported me over my career.”