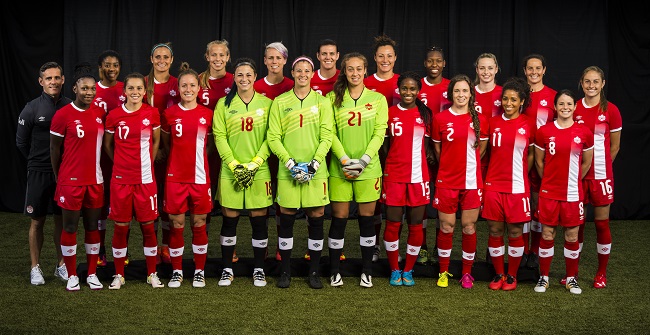 “We will have to be at our best in every match to progress through this Olympic tournament,” said Canada’s Head Coach John Herdman. “We’re coming into the Olympics as underdogs and we know we will have to deliver our best performances each day to earn results. Australia will be our first big test, but we are ready.”

Getting points in Canada’s first match against Australia, the reigning Asian champions, is important to ensure Canada is in a good position to earn a spot in the Quarterfinals. Canada will face first-time Olympic participants Zimbabwe on 6 August in São Paulo, before heading to Brasilia to face powerhouse, European Champions Germany 9 August in the final group stage match.

The top two teams in each of the three first-round groups plus the two best third-place finishers advance to the Quarterfinals of the Rio 2016 Women’s Olympic Football Tournament.

Canadian fans can expect a physical, close match when Canada faces Australia Wednesday. The two teams have not faced each other in an International A match since 2008, but there is familiarity for Herdman since he coached neighboring New Zealand before coming to Canada in 2011. The two sides also faced each other in a training scrimmage in Cyprus in advance of last year’s FIFA Women’s World Cup Canada 2015™.

“The Aussies are a solid team and their recent showing at the Asian Championships, winning the title for a second time, puts them in the running for a medal at this tournament,” said Herdman. “I always admire the Australian physicality and competitive spirit and we will have to be ready to match that when we meet. Honestly, I think it’s something our players are really looking forward to.”

Since finishing sixth at the FIFA Women’s World Cup Canada 2015™ last year, Canada Soccer has added some new faces to the Women’s National Team roster, increasing the pace of the offensive line and adding some youthful energy to a lineup anchored by veterans.

“This is a Canadian team that’s in transition. It’s a young team but with good spirit, some exciting technicians, and a lot of grit, which you need to push far in major tournaments.” Herdman said. “For many this is will be their very first Olympic Games, but were not too worried about this being a factor since we have so many very experienced, top-class senior players that are guiding them through the journey. There’s a really good dynamic forming on and off the pitch and we’ve seen signs recently that they are starting to get the best out of each other.’’

The revamped Canadian side has been together since early June, when Canada hosted Brazil in a Road to Rio series in Ottawa and Toronto. The team has gelled during this time, and impressed on the pitch.

“What makes this team special is that in a short period of time they have built a strong foundation of trust and with that they are fully committed to a process of pushing themselves and each other to be better everyday,” said Herdman. “The grit and resilience we’ve seen through our recent home matches against Brazil, and a strong performance against France a few weeks back, show that we have the players and the team spirit to be a threat in the Olympic tournament.”

Canada’s first match versus Australia will be broadcast live on Canada’s Olympic Network CBC TV (nationally) starting at 13.30 ET / 10.30 PT with a pre-game show and on Radio-Canada. It will also be streamed via CBC’s App for Rio2016 in French and English (available for download for iOS and Android).