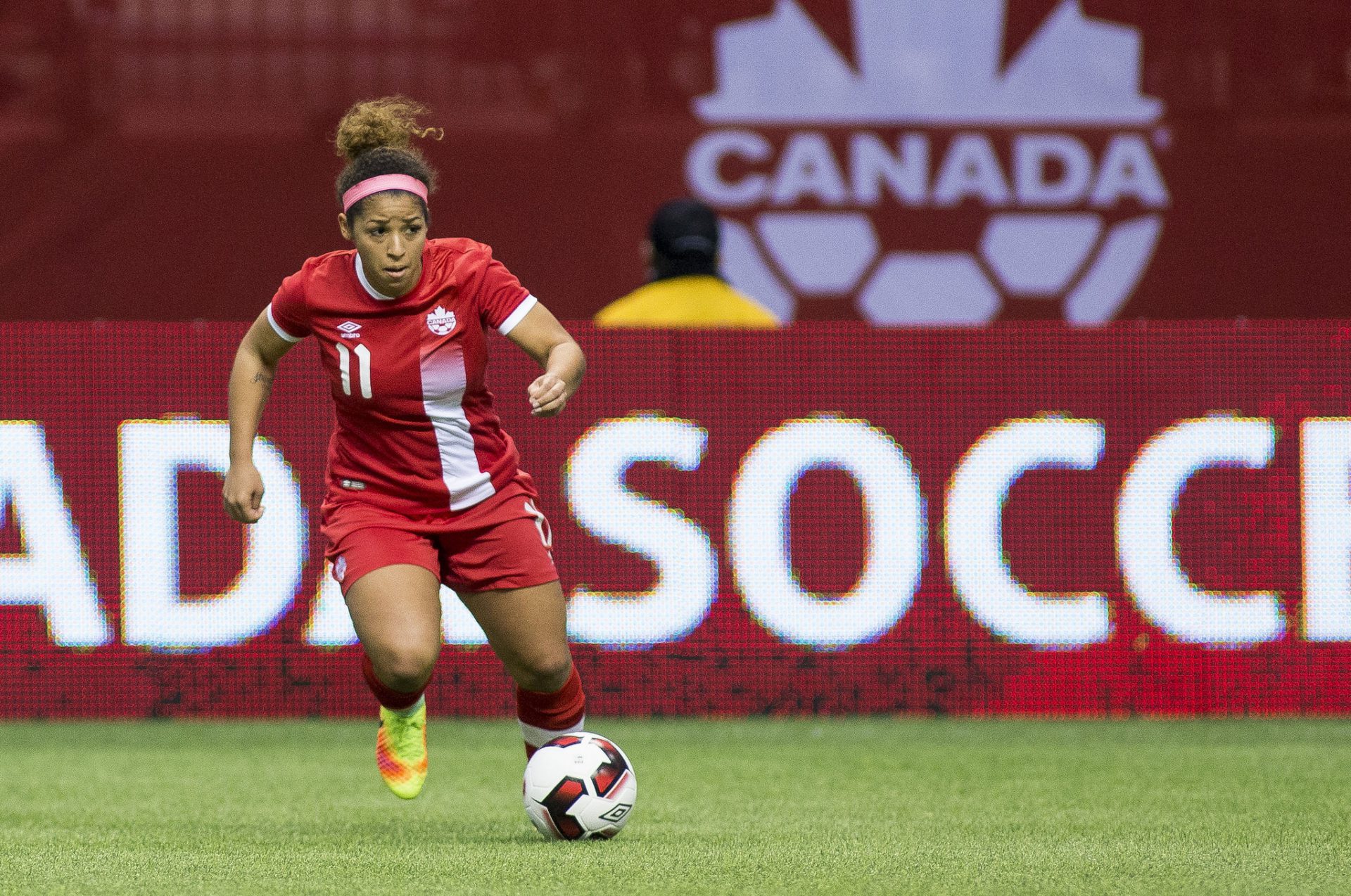 Canada Soccer’s Women’s National Team will face its CONCACAF rival Costa Rica 8 June in Winnipeg, in the first clash since the CONCACAF Olympic Qualifying Tournament in February 2016, which secured Canada’s spot at the 2016 Rio Olympic Games.
Costa Rica is a team that has increased its competitive edge over the past few years, becoming a real threat in the CONCACAF region.

“I think you’ll see a well organised Costa Rica team, very defensive, but very good in the counterattack, and that’s where they have improved in the last three years,” said Head Coach John Herdman. “They never used to be that much of a threat, but now they have some top players. We know we will have to take care of the transition threats and not get too excited with our attacking.”

In the last match between the two teams, Canada edged out Costa Rica to take one of two CONCACAF spots at the Olympic Games. Christine Sinclair’s juggling highlight-reel goal from the top of the box again demonstrated to the world why she is one of the best it women’s football.

“That was a great moment and a wonderful moment for Christine,” reflected Herdman on Sinclair’s highlight-reel goal against Costa Rica in the qualifiers. “It’s always the same: cometh the hour, cometh the woman, and she was there. Canada were in control 1-0 just before that goal, but with Costa Rica you always know they could break away, or something could happen – and Christine pretty much put the game to bed.”

Sinclair led the way with goals on either side of the break. Sinclair’s brace was briefly cut in half by a Raquel Rodríguez penalty, but later complemented by a Deanne Rose insurance goal towards the end of the memorable 3:1 win.

“We had said there would be one or two moments in the game that would have us biting our nails and Rodriquez penalty was one of them, but then Deanne Rose stepped up and I think that sort of summarized where the team was at that time,” said Herdman. “It was a group of players that were gelling, a lot of young players had come into the group, and they were starting to find their winning way. I thought that that was once of our most controlled performances of 2016.”

Winnipeg’s Desiree Scott is almost certain to feature in Thursday’s match, and for her the homecoming is about sharing her joy with the fans.

“It’s always a joy to come back to Winnipeg,” said Scott. “I am always excited to have my family and friends in the stands, the coaches who coached me from my youth up until here, and to be able to share the support from my city and play in front of them is going to be incredible. We don’t come here too often – once every three years it seems – so for me it’s about relishing those moments because there are really special for me to be here playing.”

Known as a “the Destroyer”, Scott’s determination and gritty perseverance are qualities that have helped earn her two Olympic bronze medals – and qualities that reflect where she comes from.

“Firstly, she’s so proud of where she’s from, and the people of Winnipeg seem to give her a hero’s welcome and deservedly so. It’s a hometown hero returning who loves coming back to Winnipeg and there aren’t many people who have won back to back Olympic medals from Winnipeg so I am sure she’ll get a big welcome,” said Herdman about Scott. “She plays the same way regardless of who the opponent is… I’ve never not seen her give everything she’s got in a match so I am sure the crowd will push her over her 100 percent and I dread to see what that looks like, for the opposition, if Desi pushes to another level.”

Fans can expect to see a determined Canadian side when the two teams meet on Thursday.  With the critical 2018 CONCACAF Women’s Championship World Cup qualifying campaign next year, the team will draw on this experience against a key CONCACAF opponent as they prepare for the upcoming FIFA Women’s World Cup 2019 and 2020 Tokyo Olympics.

Fans are encouraged to come out and support the home team. Individual tickets to the Canada v Costa Rica matches are on sale via Ticketmaster.ca and by phone at 1.855.985.5000 (Buy Winnipeg). Fans will be able to take advantage of a special ‘Me+3’ offer in select sections for both matches, by purchasing three tickets in the eligible price category, fans will receive the fourth free. Groups of 10 or more are eligible to receive up to 30% off regularly priced tickets. Canadian Supporters have been allocated a few dedicated sections at both matches, fans wishing to sit in the Canadian supporter sections are encouraged to visit the Voyageurs website for more information and to purchase tickets through thevoyageurs.org.