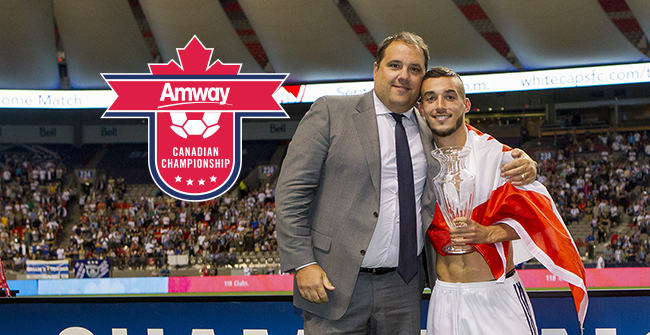 Midfielder Teibert, 22, was participating in his record fifth Amway Canadian Championship since 2011

Russell Teibert has won the George Gross Memorial Trophy after being selected most valuable player of the 2015 Amway Canadian Championship. Teibert won the award after leading Vancouver Whitecaps FC to the 2015 national title, helping his team clinch a spot in 2016-17 CONCACAF Champions League.

Midfielder Teibert, 22, was participating in his record fifth Amway Canadian Championship since 2011. He played three matches in 2015, helping the Whitecaps eliminate both FC Edmonton and Montréal Impact FC en route to the national title.

The George Gross Memorial Trophy is awarded annually to the Amway Canadian Championship’s most valuable player. Previous winners are Matt Jordan in 2008, Dwayne De Rosario in 2009 and 2010, Joao Plata in 2011, Ryan Johnson in 2012, and Justin Mapp in 2013 and 2014.