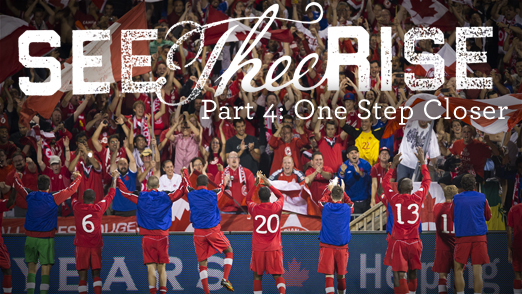 Part 4 of the SeeTheeRise documentary series

The latest episodes takes viewers inside a magical night at BMO Field where Canada pulled out a crucial three points against Panama on 11 September courtesy of some quick-thinking by Atiba Hutchinson and Dwayne De Rosario.

The win, which temporarily vaulted Canada into first place in its 3rd Round FIFA World Cup Qualifiers™ group, took place in a front of boisterous crowd of over 17,000 fans in Toronto.