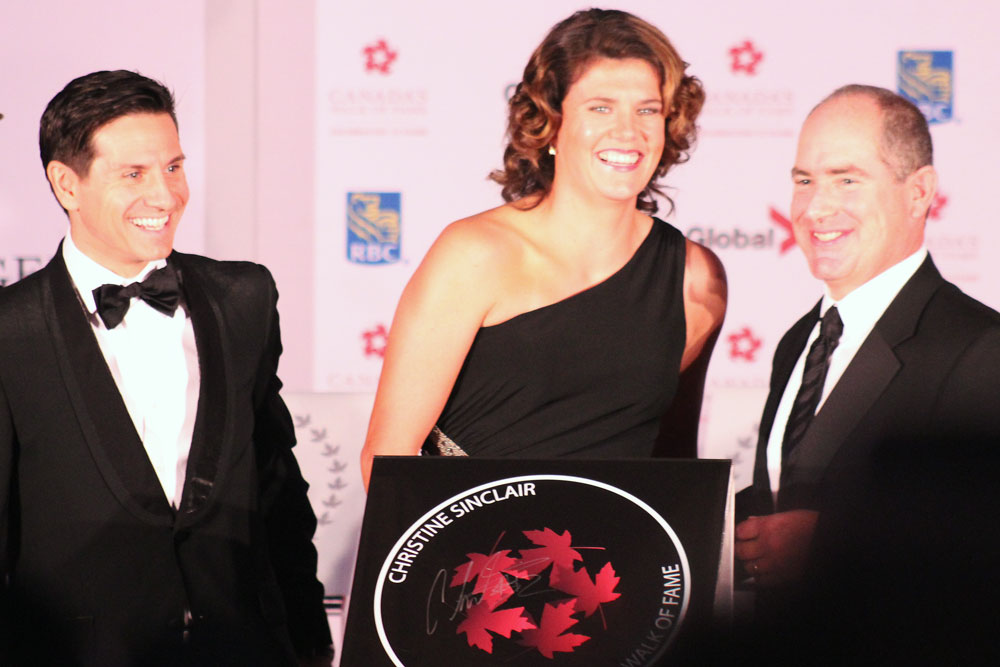 In a sequence of decorated months since London 2012– it has become almost routine for Christine Sinclair to accept the very highest of awards and recognition that Canada has to offer – but Saturday marked another very special moment in the Canadian captain’s career.

Sinclair was inducted into Canada’s Walk of Fame.

The 2013 inductees received their tribute on Saturday 21 September at Toronto’s Elgin Theatre. The Canada’s Walk of Fame televised Awards show will be broadcast nationally on Sunday 27 October at 20.00 ET / 17.00 PT on Global TV.

In being inducted – Sinclair becomes the first soccer player, male or female, to be named to the prestigious list of notable Canadians.

She will become the fourth female Lou Marsh Trophy winner to be inducted on Canada’s Walk of Fame.

Sinclair is currently leading the national team on the road to the FIFA Women’s World Cup Canada 2015, the world’s biggest women’s football tournament that will be played from coast to coast across Canada from 6 June to 5 July 2015.