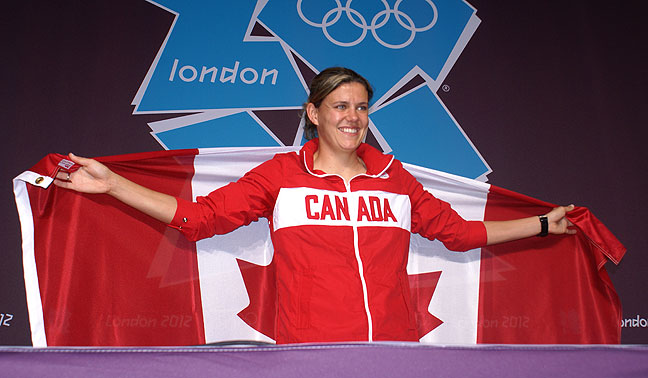 The people have spoken: Canadian soccer star Christine Sinclair has been named 2012 CBC Canada’s Athlete of the Year. Tabbed the “People’s Pick” by CBC, the online vote was conducted from 30 November to 7 December via CBCSports.ca.

“The Canadian Soccer Association would like to congratulate Christine on the terrific recognition presented to her by the fans who voted in this year’s CBC Canada’s Athlete of the Year poll,” said Peter Montopoli, Canadian Soccer Association General Secretary. “It is a tribute to Christine and her teammates for all that they have done in both our national and international sporting communities in 2012.”

Sinclair has long been one of country’s favourite athletes, having first represented Canada at age 16 in March 2000. She has grown in stature and popularity ever since. In one of her crowning seasons in 2012, she led Canada to its first Olympic team-sport medal since 1936.

In 2012, Sinclair scored a national-record 23 goals in 22 matches, the second time she has averaged better than a goal per game at the international “A” level and the 12th time she has led her nation in goals. She was also the top goal scorer at both the CONCACAF Women’s Olympic Qualifying Tournament in January and the London 2012 Women’s Olympic Football Tournament in July and August.