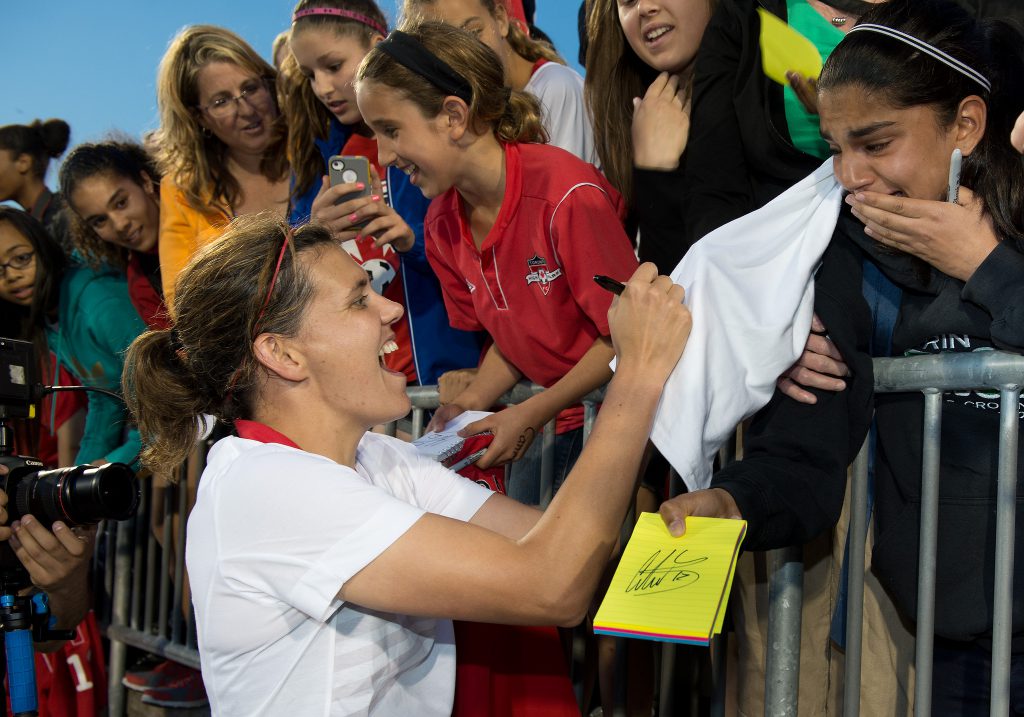 Canada’s Women’s National Team captain Christine Sinclair is one of the 22 outstanding women that have been named by the Canadian Association for the Advancement of Women and Sport and Physical Activity (CAAWS) to the Most Influential Women in Sport and Physical Activity List of 2014. The women on the CAAWS Most Influential Women List are role models and have made a significant impact that reaches beyond their sport or area of expertise.

“The women named to the CAAWS Most Influential Women List have contributed to building sport and physical activity in our country and around the world. Their message of leadership and participation is overwhelmingly positive,” said CAAWS Executive Director Karin Lofstrom (Ottawa, Ontario). “I am proud that CAAWS is starting off this year, officially recognized as 2015 Year of Sport in Canada, with such a positive celebration of excellence. It is important to highlight women who have accomplished great things and who inspire other women and girls, indeed all Canadians.”

THE CAAWS #MOSTINFLUENTIALWOMEN LIST FOR 2014 IS: (in alphabetical order)

In addition to publishing its Most Influential Women in Sport and Physical Activity List, CAAWS also highlights emerging leaders as Ones to Watch. These young game-changers are making a difference in sport and physical activity in their community or sport. There are more great things to come from these strong individuals. The Ones to Watch of 2014 are Justine Colley (Halifax Nova Scotia), a Canadian Interuniversity Sport (CIS) all-time scorer in basketball who is also an official; rising rugby star Magali Harvey (Quebec City, Quebec); Kristina Kiss (Ottawa, Ontario), one of the few female soccer technical directors at the club level in Canada; Sam Sendel (Aurora, Ontario), trampoline athlete and an advocate for the You Can Play campaign who came out to inspire other LGBT athletes.

The CAAWS Most Influential Women in Sport and Physical Activity List of 2014 was compiled by a CAAWS selection panel, from both public nominations and contributions from knowledgeable sport and physical activity leaders. The panel reviews the submissions and bases its decision on accomplishments and scope of activities in the 2014 calendar year. This is the 13th edition of the CAAWS Most Influential Women List. Previous lists can be found at: http://www.caaws.ca/influentialwomen/e/past_lists.htm