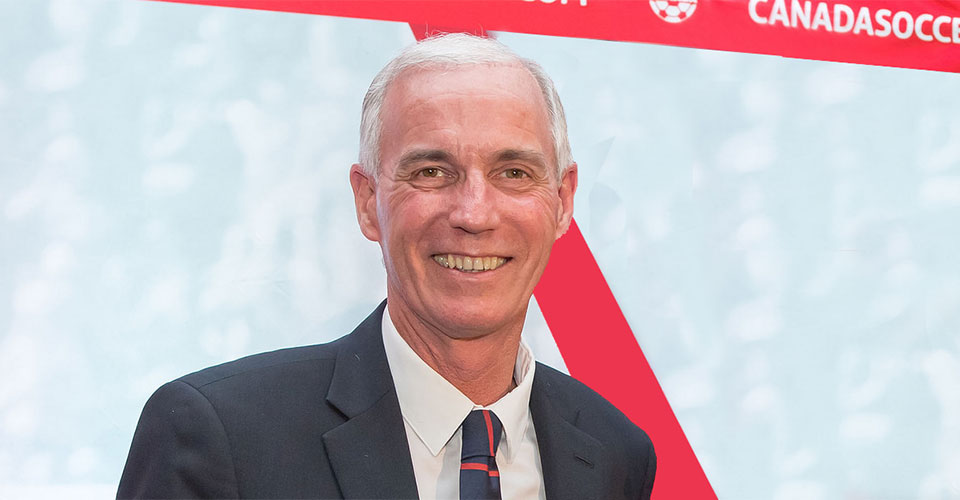 Steve Reed has been elected as President of the Canada Soccer at the 2017 Annual Meeting of the Members. Mr. Reed will serve the remaining three years of Mr. Montagliani’s four-year term, who leaves his post after being elected President of CONCACAF.

Reed becomes the 34th president of Canada Soccer. Also announced, Nick Bontis has been appointed by the Board as Vice-President, Don Story was elected Director for Saskatchewan/Manitoba, and both John Pugh and Bob Richardson were appointed as Directors.

Reed will continue the positive momentum built by Canada Soccer in recent years, embracing the “Think Globally, Act Locally” motto that has made Canada a leading soccer nation.

Mr. Montagliani, meanwhile, will continue to provide an important voice for Canadian soccer as President of CONCACAF and Vice-President of FIFA. During Mr. Montagliani’s tenure as President, Canada Soccer hosted the record-setting FIFA Women’s World Cup, won back-to-back medals at the Women’s Olympic Football Tournament, and set a single-match attendance record for a Canadian national team event – of any sport – ever held in this country.

“The highlight of my time as President was, of course, the opportunity to host the FIFA Women’s World Cup Canada 2015,” said Montagliani. “It was a watershed moment for Canadian soccer. The record crowds that flocked to those matches were a clear demonstration of the way the culture of soccer in our country has changed.”

As part of Canada Soccer’s Strategic Plan – A Leading Soccer Nation, Mr. Montagliani was instrumental in establishing the framework for a Canadian Premier League and introducing a focus on Canadian Content in the professional game. More opportunities for Canadian players will result from the introduction of youth initiatives with MLS including the modification of the parameters that determine a player’s international status on both U.S.-based and Canadian-based MLS club rosters as well as the requirement for three Canadian players to be on the starting roster for all Canadian Championship matches.

Canada Soccer, in partnership with its membership and its partners, provides leadership in the pursuit of excellence in soccer, both at the national and international levels. Canada Soccer not only strives to lead Canada to victory, but also encourages Canadians to a life-long passion for soccer. For more details on Canada Soccer, visit the official website at canadasoccer.com.