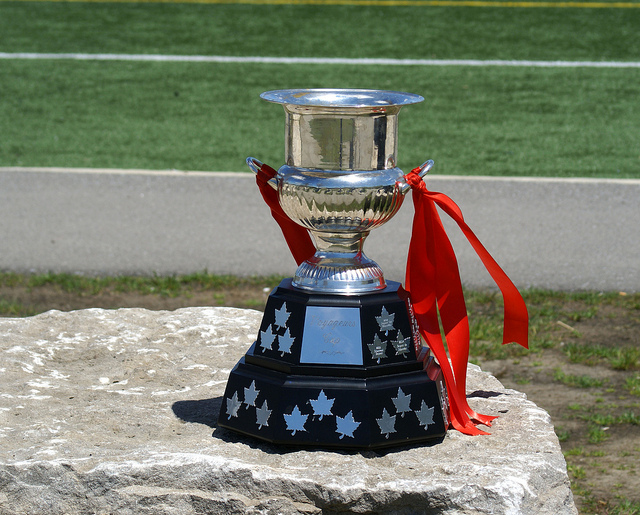 This Day in Football from 20-26 February

THIS DAY IN FOOTBALL: 20 February 2000
Canada knocks off Mexico in the quarter-final stage of the 2000 CONCACAF Gold Cup. Richard Hastings scores a golden goal in the 92nd minute of the 2:1 victory (the first and only goal of his international career). Canada extends its unbeaten streak to nine matches, a new national record. Goalkeeper Craig Forrest becomes the 12th player to make his 50th appearance. He is the second goalkeeper to reach the milestone.

THIS DAY IN FOOTBALL: 20 February 1973
Canada posts a 1:1 draw in its first-ever CONCACAF Men’s Under-20 Championship match (then known as the CONCACAF Juvenile Tournament). Jeff Sim scores for Canada in the draw with Nicaragua played in Puebla, Mexico.

THIS DAY IN FOOTBALL: 20 February 2010
Canada wins 3:0 over Poland in a Women’s International Friendly match in Larnaka, Cyprus. Christine Sinclair scores the opening goal of the match, the 100th of her international career. She is the 10th player in the world to reach the milestone. It is also Sinclair’s 133rd appearance for Canada, surpassing the previous record held by Andrea Neil (132).

THIS DAY IN FOOTBALL: 23 February 2006
Karina LeBlanc becomes the 12th player (and first goalkeeper) to make her 50th appearance for Canada. Canada wins 3:1 over Mexico in an away Women’s International Friendly match in Mexicali.

THIS DAY IN FOOTBALL: 24 February 2000
Canada wins 1:0 over Trinidad and Tobago in the semi-final stage of the 2000 CONCACAF Gold Cup. Mark Watson scores the lone goal in the victory.

THIS DAY IN FOOTBALL: 26 February 2004
Melissa Tancredi makes her debut in a 6:0 win over Jamaica at 2004 CONCACAF Women’s Olympic Qualifying tournament.